ESPO: Port pro of the month: Ingvar M. Mathisen (NO) 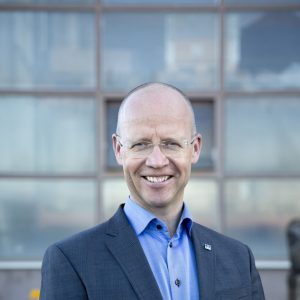 For this port pro of the month, we are interviewing Ingvar M. Mathisen, who started as Port Director/CEO at Port of Oslo in August 2017. The Board of Directors was very clear it wanted a renewed focus on the port’s core business: port development and increasing cargo and passenger throughput. This renewed focus came after the port focused mainly on transforming previous port areas to city development projects for over a decade. Mathisen previously held the same position at the Port of Bodo in Northern Norway for 12 years.  28 February 2019 | Read more

For its 2019 Annual Conference, ESPO is taking you to Livorno. The Port Network Authority of the North Tyrrhenian Sea, host of the event, includes next to Tuscany’s premier port, Livorno, the ports of Piombino, Capraia, Portoferraio and Rio Marina. The theme of this 16th edition of the ESPO conference is “Europe’s ports in a new world”.
19 February 2019 | Read more

The European Sea Ports Organisation (ESPO) welcomes the agreement reached on 7 February between the Parliament and the Council on the new regulation establishing a European Maritime Single Window environment (EMSWe). With the new framework, which will repeal the current Reporting Formalities Directive, important steps are made towards reducing administrative burden and increasing the attractiveness of maritime transport. It provides for the creation of a EMSWe dataset, harmonised National Single Windows and the application of the reporting-only-once principle.
14 February 2019 | Read more

Council of the European Union