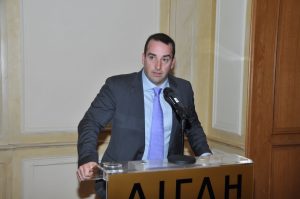 Harry Vafias at the podium delivering his speech

On Monday the 25th of February 2019, the Consular Corps in Greece (CCG) held its new year dinner and traditional Vasilopita celebration.

The Consular Corps in Greece was established in 1972 to develop relations among its members and the host country (the Hellenic Republic),  and encourage more effective performance of each member’s consular functions.

The CCG, through its numerous activities during the past 35 years, has succeeded in creating bonds of friendship between its members, which include foreign diplomats and consulates.

Harry Vafias with members of the CCG

Among its activities, the CCG has organised excursions and field trips to several Greek islands and historical sites, the aim being to provide an enriching experience of Greek history, culture and nature to the foreign diplomats.

New members include Alexandro Souto, Consul of Liberia in Greece; retired navy officer, Styliano Anastopoulo, Consul of the Bahamas in Greece; and Dr Ioannis Lyras, Consul of Brazil in Greece. 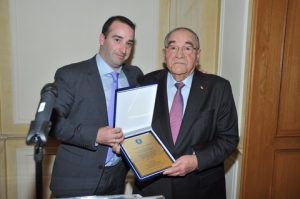 The official dinner was attended by officials from the Ministry of Foreign Affairs, several ambassadors, representatives of consulates, and members of the Greek media.

The evening was sponsored by the Athens Medical Center, an Athens medical group led by George Apostolopoulos that promotes high-quality integrated primary and secondary health services.

Mr Apostolopoulos announced the launch of an exclusive health programme, known as the “Diplomatic Health Passport” which will aim to provide the finest health services to members of the foreign corps, including embassies and consulates. 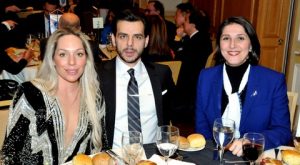 It was said that members of the diplomatic community will be able to access a privileged and high standard health service from branches of the Athens Medical Group in Athens and Thessaloniki and that this is a practical acknowledgment of the contribution and contribution of the diplomatic and consular services to the progress and prosperity of our country.