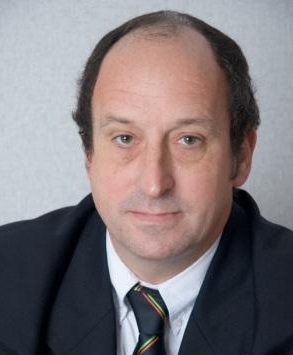 Nigel Smith, inaugural International Registrar of the London-headquartered St Kitts & Nevis International Ship Registry (SKANReg), is retiring in May after 47 years in the shipping industry.

Mr Smith, 62, is a former seagoing engineer officer, technical superintendent, shipyard agent and marine consultant.  He has also served on various bodies of the Institute of Marine Engineering, Science & Technology, which includes being a member of the ruling Council since 2005.

In the late 1990’s, he was commissioned to report on how entry into maritime affairs and ship registration could help the St Kitts & Nevis economy’s service-orientated transformation.  SKANReg was conceived in 2004 and became active the following year, with Mr Smith appointed by the islands’ government as International Registrar of Shipping and Seamen.

Since 2005 SKANReg has flagged more than 2,000 ships.  The current 800-strong fleet totals 8.5 million deadweight tonnes and ranges from general cargo ships and tankers to accommodation barges and jack-up rigs.  Over the same period, seafarer documents have been issued to more than 25,000 crew members from numerous nations.

Mr Smith stepped down in 2015 to focus on his other government post as Alternate Permanent Representative to the International Maritime Organization.  His previous position at SKANReg is now occupied by Liam Ryan, who joined the ship registry in 2012.

“During the last 15 years, it has been exciting to see the registry take shape and make a significant impact in certain areas of shipping,” Mr Smith reflects.  “Assisting the growth of maritime knowledge in St Kitts & Nevis, contributing to legislative changes and promoting the country’s offering of tourism, financial and related services has been particularly satisfying.

“I’m proud to have shared promotional platforms with the Prime Minister, senior ministers and civil servants, and happy to have made many new friends in the Caribbean shipping community.  I will be sorry to leave, but I know that SKANReg is in good hands with Liam at the helm.”

The SKANReg succession strategy was mapped out last June when Liam Ryan, 33, took over as CEO and International Registrar.  With an administrative background, he joined the organisation as an IT and ship registration executive and, four years later, was promoted to senior ship registration executive in 2016.  Throughout this time, he has undergone continuous professional development including in-house training and studying for a maritime business management diploma.

In his mission to drive growth in the quality as well as number of ships registered, late last year he launched the SKANReg Vessel Inspection Scheme.  This introduces annual inspections for older ships and is designed to minimise the potential for Port State Control (PSC) detentions.

“I want to continue steering the registry in the right and honest direction by addressing our PSC Memorandum of Understanding performance,” says Mr Ryan.  “In addition, we have tightened monitoring for our standard registrations, through enhanced risk analysis measures, and for delivery voyages from within European Union waters to ensure compliance with the EU Ship Recycling Regulations Circular.

“Meanwhile we are also focused on our overall registration process for shipowners – including the transition to e-certification – and our work with the St Kitts & Nevis government to implement outstanding shipping regulations into national law.

“Nigel laid the foundations for SKANReg to succeed and I look forward to building on his legacy.”

Diana Shipping Inc. Announces the Filing of its 2018 Annual Report on Form 20-F

Training against cyber-attack in the maritime sector