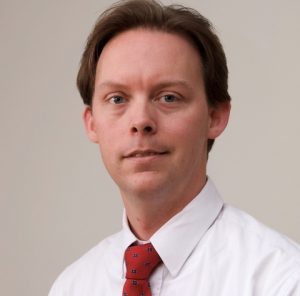 A four-man team from global trade association Interferry will be in Manila from March 18-22 in the first stage of a project to study significant safety improvements in Philippines ferry operations and produce a ‘lessons learned’ report to help other developing nations.

The FerrySafe project team has arranged one-hour meetings with a wide range of stakeholders to learn how fatal incidents have been reduced to almost nil in recent years from a peak of 1,001 deaths in 2008.

Following Manila, a second round of dialogue in the Philippines is scheduled for this summer with visits to shipyards and operators in the Cebu area.

FerrySafe furthers Interferry’s longstanding engagement with safety issues on domestic routes in developing nations, which account for 93% of an almost certainly under-estimated 1,200 fatalities per year.  The project was conceived by the association’s domestic safety committee and is being backed by a £40,000 grant from UK charity the Lloyd’s Register Foundation, which supports safety-enhancing education and research in transport and engineering.  The grant covers all direct expenses of the project, while team members are contributing man-hours worth an additional £30,000.

The team leader is Dr Neil Baird, founder and chairman of Australia’s Baird Maritime – one of the world’s leading maritime publishers – who last year completed a doctorate on the causes and prevention of fatal ferry accidents.  He is joined by two fellow members of the domestic safety committee – Interferry regulatory affairs director Johan Roos and naval architect Edwin Pang, general manager of Leadship’s UK office and current chair of the Royal Institution of Naval Architects IMO committee.  The team is completed by writer and editorial researcher Nelson Dela Cruz, a volunteer with Philippine non-profit organisation the Maritime League, who is acting as facilitator.

Preliminary findings from the two visits will be presented at Interferry’s 44th annual conference in London in October and the final report is due by the end of the year.  Dissemination to other developing nations will be primarily through the association’s involvement with the ongoing ASEAN Regional Forum on ferry safety and through its consultative status at the IMO.

“The ambition is to take the findings from our Philippines research to other countries and facilitate their implementation,” says Mr Roos.  “This will require additional external funding and cooperation. The largest improvement potential is found in SE Asia and Africa, but – apart from the funding – we would need political support from the respective countries as well as the IMO.”