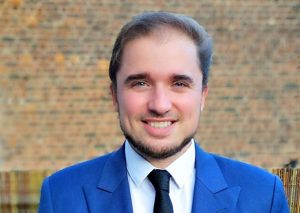 On 25 March the European Parliament adopted its final agreement with the European Council for the Connecting Europe Facility (CEF) for the 2021-2027 period negotiated by Rapporteurs Marinescu, Telička and Virkkunen.

Additionally, the clarification of the cross-border definition to cover inland ports is welcome and needed. Inland port projects, by their definition, have a profound cross-border impact as they support and enhance connectivity and trade flows between Member States.

Moreover, the final agreement includes a proposal for increased transparency of the expected objectives and timeline of future calls by having the Commission publish a multiannual work programme outlining the future calls. Under the current CEF period, it was often very unclear when a new call would be announced or what its priorities would be. As infrastructure projects have a long development process, this resulted in projects not reaching the maturity needed in time or even being too mature to be eligible for funding at the time of the relevant call. Under the agreement, the planning and preparations of projects will be improved.

EFIP Director Turi Fiorito said: “We welcome the final CEF agreement as it recognises the continued need for investment in European transport in general and inland waterway transport in particular. We would like to congratulate all the negotiators’ hard and diligent work in forming this agreement that strengthens and improves the Connecting Europe Facility. It will enable and support inland ports and inland waterways to realise more ambitious projects in the next funding period. Not only in order to achieve our climate change commitments but also for Europe to tackle air quality challenges and remain competitive.”