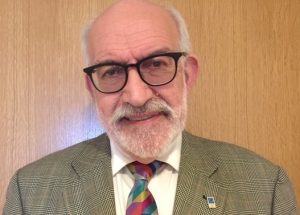 The BDI (Baltic Dry Index) gained a dozen points since yesterday and now stands at 711 points. Geopolitical Mayhem the name of the game. John Faraclas’ daily and weekly recaps:

The Capes did it yet again; plus 66 points since yesterday, nearly 45 centum down from the 3rd of April when the rise was 106 points and plus 120 points since last week’s 150… Volatility at its best yet again. Whilst the Capes’ BCI rise or fall all the other indices do the opposite… Your comments please on this phenomenon will be more than appreciated…

The Handies’ BHSI lost five points and now reads 432; on a weekly basis the loss was 32 points. CAUTION here too!

The Geopolitical aspects are many and perplexed; the more they remain unsolved the more we are in danger of cataclysmic repercussions.

The BREXIT issue demands compromises at least from the Government and the Labour party. But are Mrs. May and Mr. Corbyn ready for a full compromise t save the day for the United Kingdom, the EU and Planet Ocean at large? Compromises  are often unsatisfactory to all… That brings me back to “Compromise and King Solomon”; a “chapter” in Robert Townsend’s book “Up the Organisation”. For RT compromise is usually bad and personally all along I do agree one hundred centum. We offer a compromise as a last resort… Obviously you must condition people to avoid compromise; you must teach your people to win some battles and lose others  g r a c e f u l l y! Somebody has to give in, give in all the way. And when he/she wins, he/she must try to win all the way so the responsibility to make it work rests entirely upon him/her. Correct me Mrs. May and Mr. Corbyn! Let’s see how the extension works per Ms. Mays’ request to the European Council President Donald Tusk for the 30th of June 2019? Both parties teams must come down to their senses before the people in the United Kingdom and conversely Europe and Planet Ocean come down to their knees… AND it might then be too late… Be vigilant for any sudden and disturbing development… In meteorology some lows cause hell to all with incalculable repercussions! CAUTION! 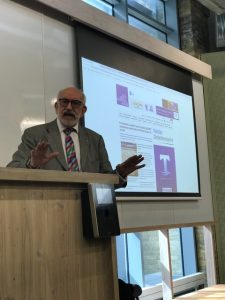 Will revert with a full rundown on Geopolitics…

On another tone and note we accepted another invitation by Prof. Dr. Evangelos Markopoulos,  Professor of Management and Entrepreneurship  and Global Discipline Lead of Science and Technology,  to deliver a guest lecture on Management at HULT International Business School, London UG Campus, within the Square Mile alike we did last Friday the 29th of March.  We were more than pleased with this development and we also thank the students for asking same – from the morning classes following their networking with those in the evening class – some students from last week also tuned up and this development not only honours us, but shows the interest in Shipmanagement!

The speech once again in a very warm and family multi-national audience so to speak atmosphere emphasising Shipmanagement – Planet Ocean’s most important Management sector, was similar to last week’s but with a few new developments and issues given some incidents and world trade developments that took place.

We bring you most of the speech live in two videos; here comes the fist one:

…and here the second part: 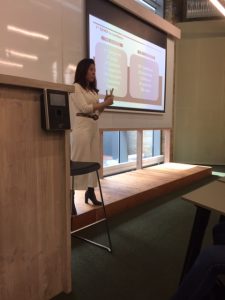 Lucky also to be present after lunch in a presentation for the some class by Ms Sofia Konstantopoulou, founder and chairman of GIWA (Greek International Women Awards) and currently IBIA’s Global Head, Marketing and Events who delivered a speech on Motivation and how she “reloaded” Greek Women Internationally for the GIWA Awards. She also made an excellent distinction between the Corporates and Start-ups; one of her slides on Emotions was more than facts, no fiction!

An excellent down to earth simple slides supported presentation with a great interaction with the students – mainly the female ones.

Wishing all a nice evening and weekend and continue to remain on guard from actions emanating from Pirates, Terrorists, Criminals and Business Hooligans whatsoever wherever you are on Planet Ocean!