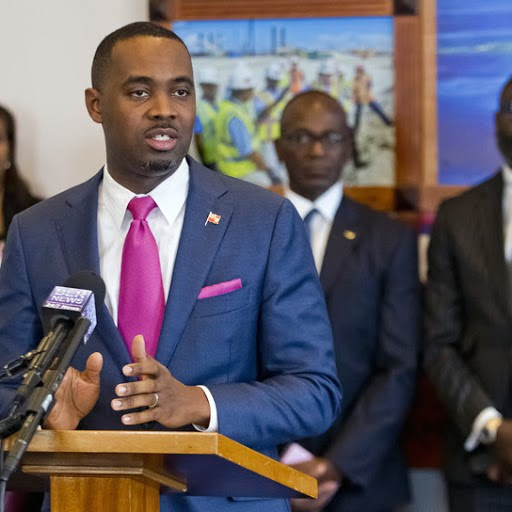 Hamilton, Bermuda, April 8, 2019: A Bermuda delegation attending a high-profile conference for the global submarine cable industry this week will promote the island as a strategic Atlantic landing hub for fibreoptic corridors.

SubOptic, a triennial event being held April 8-11 in New Orleans, LA, is the longest running and most comprehensive conference series in the world for the submarine cable industry. The four-day summit attracts 800-plus attendees and features presentations by the global industry’s leading experts, including tech giants like Google, Facebook, Microsoft and Amazon.

“The delegation will be promoting Bermuda as an Atlantic hub for the interconnection of fibreoptic cables that are currently being built by some of the world’s largest tech companies,” said Premier David Burt. “This government promised to diversify Bermuda’s economy, and this initiative, which the Cabinet has endorsed and is progressing through legislation, has the potential to create economic growth and jobs in Bermuda, as well as advance the island’s technology needs for the future.”

“This event is like an Olympics for the submarine cable industry,” said BDA Director Fiona Beck, a two-term past president of SubOptic who will deliver a presentation at the event on Bermuda’s advantages. “It could be a win-win for both Bermuda and this industry.”

Also attending SubOptic 2019 will be BDA Business Development Manager Kevin Richards and Jeane Nikolai, Director of Telecommunications and Energy for the Bermuda government, which is working in partnership with the BDA to progress a national subsea corridor initiative. Legislation to create a dedicated fibreoptic corridor will be tabled in Bermuda’s Legislature in the next few months with the aim of attracting new cable business and boosting connectivity.

The effort builds on research overseen by Beck and carried out at the BDA last summer by Notre Dame University’s Thomas Tran and Berkeley Institute graduate Tyrese Coakley whose report indicated an undersea corridor in Bermuda waters could help the island become a hub for trans-Atlantic fibreoptic links. Kansas native Tran will attend SubOptic 2019 to present his follow-up white paper on the Bermuda project after it was accepted for peer review.

“Importantly, infrastructure via submarine cables could encourage head-office incorporations, making Bermuda a domicile of choice,” she added, “along with spinoff opportunities such as cloud computing, data storage and nearshore personnel resourcing.” A few subsea telecoms companies, including Southern Cross Cable Network and Australia-Japan Cable, currently have head offices in Bermuda.

“It’s a timely opportunity that could help position Bermuda as a point of major strategic benefit to these submarine projects,” noted Beck. “It could also prove advantageous in the drive to diversify the island’s economy and support international business and fintech.”

To find out more about Bermuda and the benefits of the subsea cable corridor initiative, contact kevin@bda.bm or visit the Bermuda delegation at Booth 107 at SubOptic 2019.

Is your team worthy of international recognition?