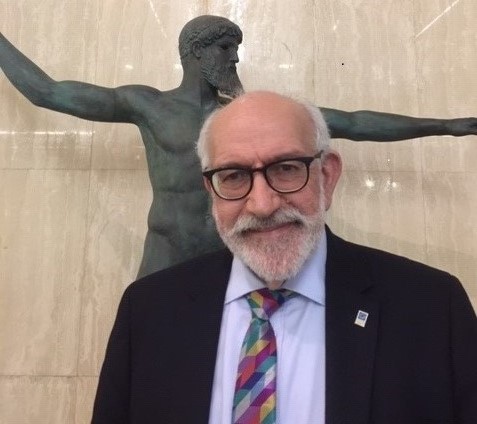 The BDI (Baltic Dry Index) gained nine points earlier on amid a very perplexed geopolitical environment given the EU’s important decision to grant an extension to UK on BREXIT and a bankrupt World. John Faraclas’ brief  recap:

Since 29/3, smaller sizes dropping daily whilst since 2/4 Capes increasing daily… Is this the preamble of yet another unsustainable and volatile market or a coincidence…

All the other indices on a falling mode; the Panamaxes’ BPI down 11 at 1,074 points… The Supras’ and the Handies both lost 11 points with the BSI and BHSI now standing at 718 and 411 points respectively…

The Geopolitics as said in the preamble ultra-perplexed and soon we will hear and witness “surprising” events taking place.

MIGRANTS still on top of all other issues… Another caravan of nearly 1,000 people kicks off from San Pedro Sula in Honduras towards the USA’s border. They will join thousands stranded there in the USA/Mexican border… Elsewhere hypocrisy rules the day…

In the USA president Trump urges an enquiry into attempted coup against him… Watch this space!

Further south in Brazil the public awaits Bolsonaros’ move to change things; can he do it as many believe things are worse than before. Caution!

It’s still high drama in Brussels with no news yet on the length of the extension the EU27 will grant to the UK on the BREXIT saga. As soon as we know, hopefully shortly, we will revert. All sides must get their act together because the effect of a non-proper solution – not deal, might affect the entire Planet Ocean!

In India the largest ever election begins tomorrow when 900 million people begin to vote. Next phase is the 23rd of May! Let’s see PM Modi’s capabilities…

Another elections news in Israel were PM Netanyahu might form another coalition government; eagerly await the formation of the government there!

Crucial presidential elections might come up in Algeria…the …Ides of July?

That’s all for now and we will revert if we have any news on the BREXIT’s extension. 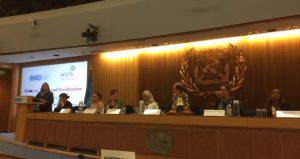 On another tone and now a very special event took place tonight at the IMO; “Women, Ports and Facilitation” co-sponsored by the IMO and WISTA to reflect on the 2019 IMO World Maritime Day theme: “Empowering Women in the Maritime community”.

After the welcome speech by IMO’s Secretary-General Kitack Lim Ms. Siv Gaalaas, special director international maritime regulation and polar affairs from the Ministry of Trade, Industry and Fisheries in Norway took the podium with a rare brief and to the point opening and introduction; she was also the panel’s moderator. 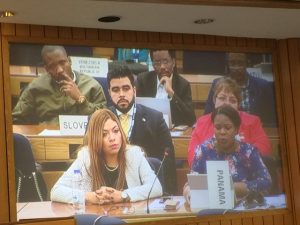 From the Q&A session; Shiara Stevens (front row to the right) pauses a question. At the back Maria Dixon and Sergio A. Allard

The very eloquent Jeanne Grasso, partner at Blank Rome LLP from the USA, a very formidable woman, delivered a speech titled: “WISTA International’s reach to empower women and build capacity in the maritime industry.” She was warmly applauded for her excellent slides and humorous delivery. 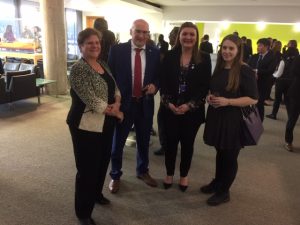 The last speaker was Dra.Guimara Tunon Guera, director general Ports and Maritime Ancillary Industries at the Panama Maritime Authority with an excellent theme: “Use your power to empower”.

All speeches were brief between 5 to 7 minutes a plus for all and particularly for the audience most of whom wee all day at the IMO’s meetings.

Four questions all in all, with an excellent response by the panel.

A good turnout with 30 percent being women!

We then joined other members from the various IMO’s delegations at the mezzanine delegates floor for drinks and dips AND as always networking. Over 150 attended with the Panamanian being the biggest group. …and what a violin performance that was by Sally  Patterton!