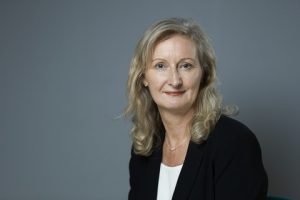 ‘The claims frequency has stabilized at a low level, while the total loss frequency reached a record low in 2018’, Helle Hammer continuous. With the absence of costly total losses in the last three years, often being groundings or fire/explosion claims, a higher proportion of the overall claims cost originated from medium size to low cost claims, especially machinery.

Coastal claims on the rise

A new analysis by the Cefor Statistics Forum reveals a clear relationship between detentions and casualties: ‘Vessels that had been detained in a three-year period prior to a claim have a higher claims frequency across all age groups and types of casualties than vessels without detention(s). Detention data is thus a clear indicator of the risk of a vessel incurring a casualty and to understand the cause of potential future casualties, as these tend to be related to the causes of the detention of the vessel. To utilise the information, access to detention data in an easily accessible data format is important for insurers to assist in the overall risk assessment of a fleet they insure and in their loss prevention measures’, concludes Helle Hammer.

The 2018 Annual Report and claims statistics are available from the Cefor website: cefor.no

Elections to the Board of Directors

The Association’s Annual General Meeting elected today Jan Limnell, Commercial Marine Insurance Director of Alandia Insurance, as the first non-Norwegian Chair of the Cefor Board of Directors. Åland1-based Limnell has been a member of the Board since 2016, and succeeds Svein Buvik, Chief External Officer of Gard who stepped down from the Board.  Insurance Director Anders Hovelsrud of The Norwegian Shipowners´ Mutual War Risks Insurance Association (DNK) was elected Deputy Chair and re-elected to the Board.

Jan-Hugo Marthinsen, Vice President and Head of Offshore Energy Claims at Gard, and Ole Jørgen Eikanger, Chief Business Development Officer of the Norwegian Hull Club, were elected new members of the Board. Jonny Gangstad, Senior Underwriter at If, and Director Tord Nilsson of The Swedish Club were re-elected to the Board.

Following these elections, the Board comprises the following members as per 11 April 2019:

1 Åland Islands, or Åland, is an autonomous region of Finland

About NoMIS Since 1985, leading members of Cefor have compiled and analysed statistical information relevant to their hull & machinery insurance portfolio. The Nordic Marine Insurance Statistics database comprised more than 460,000 vessel years and 100,000 claims by the end of 2018.