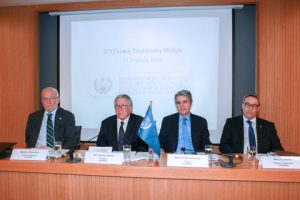 The 37th General Assembly of HELMEPA took place on Wednesday 17 April 2019 and was hosted once again by CERES Company.

The Assembly was chaired by Dr G. Gratsos, Chairman of HELMEPA’s Board of Directors, with Secretaries Messrs S. Seremelis of Majestic International Cruises Inc. and Μ. Fragkias of S. Livanos Hellas S.A. The Assembly was honored by the presence of the Founding Member Mr Αndreas Potamianos and Honorary Members Dr Matthaios Los and Mr Nicolas Tsavliris. 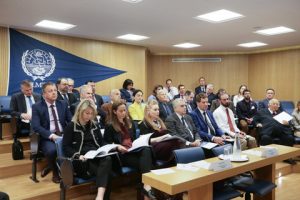 During the General Assembly of HELMEPA Members

In his address, the Chairman welcomed the participants, thanked the hosting company and made reference to HELMEPA’s activities during 2018, which were then presented analytically by the Director General, Mr D. C. Mitsatsos. The Treasurer of the Board of Directors, Mr. N. Bafaloukos described the finances   during 2018 and the Auditors, Moore Stephens presented the financial statement of last year. 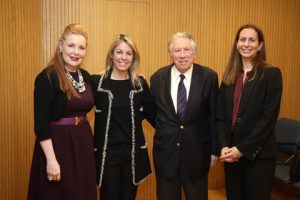 Assembly Members unanimously approved the subjects of the Agenda while with interventions they praised HELMEPA’s work and stressed the need for spreading this initiative within the wider shipping community. On this issue, the Chairman and the Vice Chairman Mr J. Xylas mentioned that the Board is conducting a survey on enlisting new Members, the results, of which, when produced, will be presented to a future Assembly. 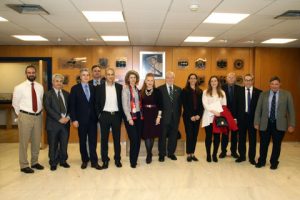 The BDI@790… a happy note before Easter