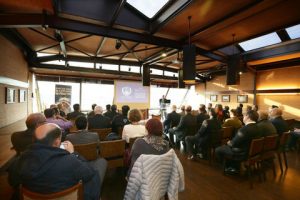 On Thursday 18th April, the following day of the 37th General Assembly of HELMEPA Members, 40 Executives of Managing Companies, Members and non Members, were informed at the Piraeus Marine Club by the Association’s Director General, Dimitris C. Mitsatsos on issues of concern to every company and the officers employed. 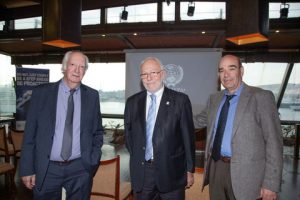 The aim of the event was for the attendants, once informed, to assess HELMEPA’s initiatives and actively participate thereafter to their expansion. In a comprehensive way, Mr. Mitsatsos presented the services offered by HELMEPA, among them mainly the Refresher Training, preparation to meet Port State Control inspections, correction of erroneous reports on Member vessels, the longstanding relation with Maritime Authorities of other countries as well as the Corporate Social Responsibility. He specifically underlined the respect HELMEPA Members enjoy all these 37 years of its operation as they proved that they consistently honor their commitment to pollution prevention and maintaining a high level of safety at sea. 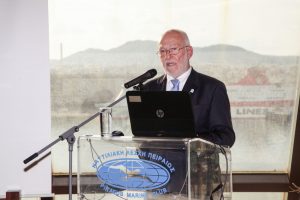 Mr Mitsatsos informing the representatives of the Shipping Companies

Captain Michael Fragkias of S. Livanos, in his intervention, characterized as “gigantic” HELMEPA’s work in regards to the limited means at its disposal while the representative of PEPEN stressed the Masters’ appreciation for all that the Association offers. Along the same lines was the statement of Captain John Drakogiannopoulos of Costamare Shipping and Chairman of HELMEPA’s Training Committee who added that what the Association offers is gratis or at a minimal cost. 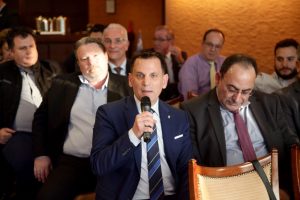 It is noted with satisfaction that the constructive discussions continued also during the light buffet HELMEPA offered to its guests. 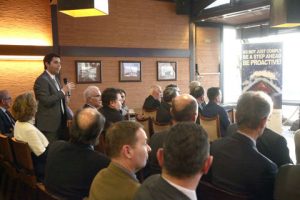