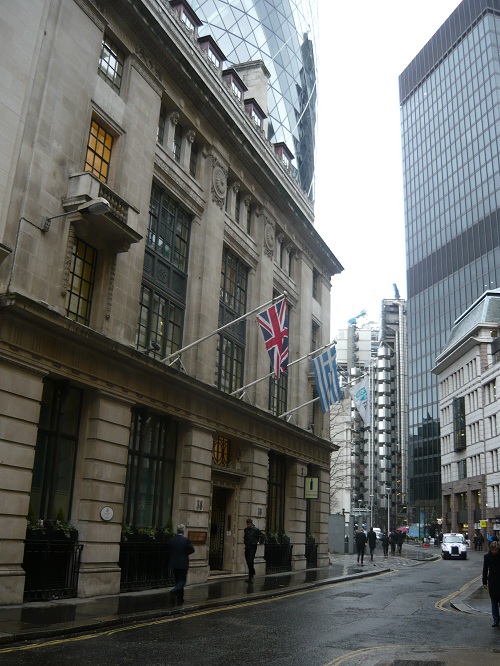 Fifty years ago today, on 23rd April 1969, delegates representing Belgium, Denmark, Finland, France, Great Britain, Greece, Italy, the Netherlands, Norway, Sweden and (as it was then) West Germany, met at the offices of Institute of Chartered Shipbrokers in the Baltic Exchange in the heart of the City of London, to form the Federation of National Associations of Ship Brokers and Agents. Fast forward half a century and whilst in some respects FONASBA has changed out of all recognition, some things
remain essentially unchanged, including that it is still based at the Baltic Exchange.

The initial eleven European members have increased to sixty two, stretching across all five continents and into the four corners of the world, from the USA and Argentina in the west, to Japan and Australia in the east. They also represent in excess of 5,000 member companies, from the largest to the smallest. The founding members were all traditional maritime nations, but today they are joined by other, perhaps less obvious countries including Montenegro, Yemen and the newest member, in Curaçao.

From its humble beginnings, FONASBA is now a major maritime sector organisation, actively participating in the work of the International Maritime Organisation and the World Customs Organisation as well as UNCTAD and UNCITRAL. Its European Committee ECASBA, is also recognised by the European Commission as the representative body for the ship broking and ship agency professions. Through those links, and also by working with other maritime sector organisations including the Baltic Exchange, BIMCO, CMI, INTERCARGO, INTERTANKO, IPCSA and ITIC, as well as the International Chamber of Shipping, FONASBA ensures that the voice of its members is heard at the highest levels of international maritime decision making. 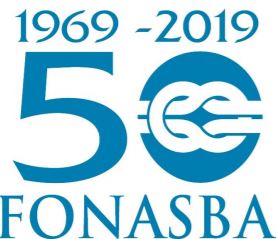 As well as advocating on behalf of the ship broking and ship agency sectors, FONASBA has also worked to ensure high standards of professional conduct through the introduction of its Quality Standard in 2007. This now spans thirty three of its member countries and nearly 500 companies, giving ship owners and charters the reassurance they need when appointing an agent or broker.

Education has always been at the centre of its portfolio of activities and employees of companies covered by FONASBA members can achieve certification under the FONASBA Agent Diploma. In addition to the Diploma itself, details of education programmes provided by member associations are listed in a unique searchable database on the website.

To remain dynamic and responsive, FONASBA continues to review what it offers to its members, and the wider industry, and to develop and innovate in order to ensure it remains representative, relevant and effective at all times.

Speaking ahead of the anniversary, FONASBA President Aziz Mantrach, of Morocco, said: “Whilst I am honoured and proud to be President of FONASBA at the time it reaches its half-century, I am also aware of the significant progress the organisation has made during that period and am committed to ensuring that the next fifty years start in the best possible way. We will therefore continuing to develop further initiatives to support our members, as well as continuing to expand both FONASBA’s
membership coverage and our influence in the global maritime sector. I am acutely aware of the pressure from both our members and my twenty-seven predecessors as President, and I am determined not to disappoint either. The current Executive Committee, the Secretariat and myself are therefore fully committed to ensuring that FONASBA will continue its onward and upward trajectory”.

FONASBA will formally celebrate its 50th anniversary when the members meet in Miami in October for its 2019 Annual Meeting under the tagline: “Celebrating our Past, Inspiring our Future”.

Dafne Anghelidis – my priorities as new president of WISTA Argentina