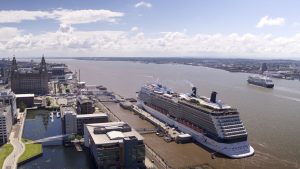 Stevedores and port terminal management specialists SCH have been awarded the contract for a further three years with Liverpool City Council to handle all cruise ships calling at Liverpool Cruise Terminal (LCT).

The agreement follows an extensive procurement and evaluation exercise and includes the option for an additional two years beyond 2021; this will mean SCH will be the cruise ship handlers when Liverpool’s new terminal opens towards the end of the 2021 season.

SCH will provide all stevedoring, including baggage handling and stores loading, and rope handling services, while sister company Cruise and Passenger Services also provides valet cruise parking services for passengers. Around 50 staff from Merseyside are employed for each turnaround cruise call in the port.

The contract extension builds upon the previous three year deal that SCH had with Liverpool and underlines the company’s role as the UK’s most extensive provider of cruise ship support, with operations also in Southampton and, through sister company Southern Maritime Services, in Portsmouth.

Angie Redhead, Head of City Assets, said: “With our new passenger terminal on the horizon, these are exciting times for Liverpool’s continued growth as a major UK cruise port and the passenger handling operation is an essential part of the service. SCH have shown over the past three years that they are among the leading experts in supporting cruise ship operations and we look forward to continuing our solid working relationship with them.”

SCH Director Kevin Hulme added: “We are delighted to have secured this contract extension against stiff competition. Our record in providing a first class service to LCT over the past few years was an important factor and we look forward to supporting Liverpool as the port develops its cruise offering even further with the construction of the new terminal.”