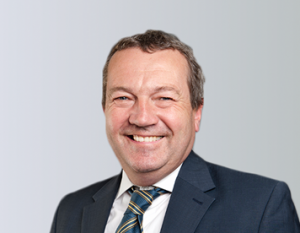 Athens, 16 May 2019: On the 9th May, Ince & Co Greece celebrated its 26th year in Piraeus at the forefront of the shipping and maritime sector with a party at the historic Four Seasons Astir Palace Hotel on the Athens Riviera.

Over 600 esteemed guests from Greece and abroad turned out to mark the occasion, including shipowners, insurers, bankers and ship brokers.

After welcome drinks and a short speech from Paul Herring, Head of Ince Greece, guests were treated to cocktails, canapes, freshly grilled seafood and loukamades on the terrace overlooking the swimming pool complex and Vouliagmeni Bay.

Entertaining the crowd on piano was retired Ince & Co partner Jon Elvey, who has been involved in the Greek shipping industry for over 35 years.

The party was the first major event to be held at the Four Seasons Astir Palace since its refurbishment and grand re-opening in March 2019. This is why Ince Greece decided to mark its 26th Anniversary instead of the traditional 25th – allowing the extensive renovations (which were several years in the making) to be completed. The hotel is the first Four Seasons resort to open in Greece.

“It was wonderful to see so many new and old faces at our 26th Anniversary party at the beautifully renovated Four Seasons Astir Palace. Ince Greece has been involved in many of the most interesting and challenging cases involving Greek shipping over the years. To have over 600 members of the shipping community come out and celebrate with us is truly special. I’m excited for the years ahead – and expect the next Anniversary party to be even bigger.”

Ince’s Greek office was opened in Piraeus in 1993 by Partner Simon Todd, so the business could service clients ‘on the ground’. After two and a half decades of pioneering legal advice, the team has now grown to twenty lawyers with expertise in all areas of shipping and maritime , insurance and commercial law. Specifically, the practice specialises in English shipping litigation, Ship Finance and Greek law, as well as the recently added capabilities in Marshall Islands and Liberian law.