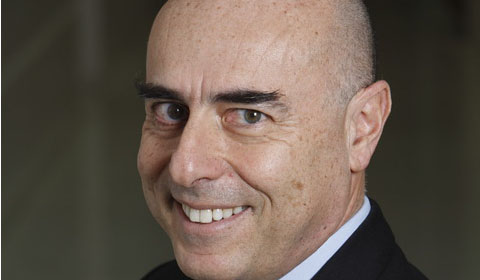 Genoa, 16 May 2019 – The 2018 consolidated financial statements for RINA S.p.A., approved today, reveal revenues of €440 million in line with the previous year and an EBITDA of €51 million.

RINA concentrated on improving performance during 2018, achieving a 9% year-on-year increase in contribution margin to 19.3%, and on maximising the company’s potential. A new model was developed focusing on RINA’s five core business areas and commercial efforts were strengthened with the creation of a Corporate Marketing & Sales Strategy division dedicated to developing relationships with high-potential customers.

The results of these measures are already visible in 2019. The beginning of this year saw strong performance in the marine sector, with the fleet of RINA-classed ships in operation at 44 million GT and over 5,500 units, up 10% compared to 2017. RINA’s leading position in the cruise, passenger and ro-ro segments is confirmed. Greek shipowners in particular have shown great confidence in RINA as a classification society, with a growth of 28%.

The certification business, which increased by 9% in 2018, is also continuing its upward trend.

The first quarter of 2019 has proven positive and in line with expectations, with a growing order book in all sectors, including the UK (+40% compared to 2017), and budget coverage of between 40% and 60%.

Among the innovations that RINA introduced in 2018 was a “smart working” initiative, WorkLifeBalance@RINA, highlighting a long-standing commitment to integrate sustainability as a core element of the business. It was launched in January as part of a series of wellbeing initiatives that place the welfare of employees at the centre. Aimed at improving work-life balance by offering employees greater opportunities to work remotely, the initiative has been rolled out in waves to all RINA offices around the world.

RINA has continued to invest in the digitalisation of both internal processes and its services to customers, along with research and development.

Ugo Salerno, RINA President and CEO, said: “2018 was a year in which we laid the foundations to resume growth once again. While revenue remained level with the previous year, we were able to protect our personnel and continue to invest. We have also worked to put ourselves in the best possible position to seize all the opportunities that the significant changes at national and international level are opening up, especially in the infrastructure and marine sectors.”

At the Annual General Meeting, two new members were appointed to the Board of Directors to replace departing members Alberto Maestrini and Sergio Ravagli: Donatella Gavioli, CEO of Due.Di Srl and Giorgio Drago, CEO of Palladio Holding S.p.A.

RINA provides a wide range of services across the Energy, Marine, Certification, Transport & Infrastructure and Industry sectors. With 440 million Euros revenues in 2018, about 3,700 employees and 170 offices in 65 countries worldwide, RINA is a member of key international organizations and an important contributor to the development of new legislative standards.