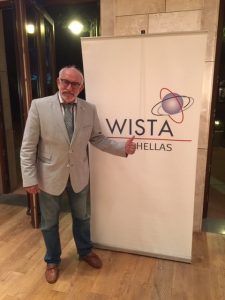 Supras and Handies clinching valuable points; the BSI was up one at 779 and the BHSI was up two at 391points…

The last published BDTI (Dirties) and BCTI (Cleans) stood at 672 and 522 points respectively.. -1

The Geopolitical scenery continues to deteriorate in all fronts; CAUTION!!!! Whatever we have told you over the last month in all fronts unfortunately remains unchanged. The most despicable reality is that the World’s Debt exceeds now the US$ 250 trillion… How can you generate business… and see the Global Economy further..

The Migrants continue to be the most alarming of all news. More and more are being rescued particularly in the coast of Libya but also more and more lose their lives. With the favourable weather expect thousands to begin the trip over to Europe! Add the fact that the civil war there will create another exodus! Same applies with Migrants coming over from the Anatolian coast of Turkey; SHAME…

Europe in tatters… All eyes and interest focus on late Sunday’s European Union Election Results.
In the United Kingdom Mrs May is being attacked, wrongfully in our view, from almost all sides in the Parliament! Time will tell though who has right an (is)d who was wrong with the BREXIT anathema. An anathema indeed as few had made, like we did, the right prognosis and outcome! 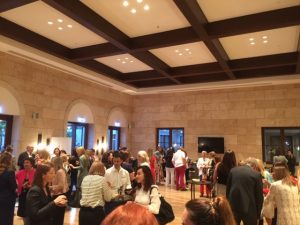 From WISTA Med’s welcome reception at the Symbol Room

On another tone and note the WISTA Med biennial event begun with a lively reception in one of Planet Ocean’s best resorts, the Westin Resort at the famous Costa Navarino in South West Peloponnese, at the ancient Messini region, one of Greece’s most idyllic – and historic, places to be. Tomorrow the conference begins with four excellent sessions; indeed “Turbulence or fair winds in the Med?” is the most appropriate title/theme given. From the speakers selection I can foresee a great debate! Watch this space!