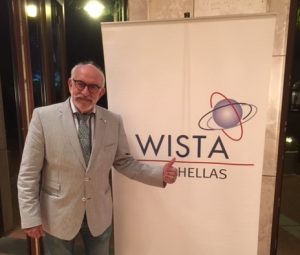 The Handies’ BHSI did better by clinching two points and now reading 393. On a weekly basis the eight plus points was a nice finale – from 385… Let’s hope we see the 400 points again.

Geopolitics as said in the preamble more than mess and ultra caution should be observed.

Mrs. Theresa May’s announcement for stepping down will open the Pandora’s Box as well as the Aeolus’ winds… BREXIT as we initially envisaged will turn the World Upside down…

Europe in total mess and let’s see the results from the European elections..

On another tone and note the WISTA Hellas’ WISTA MED event was excellent on all counts.  As upper themed four session Conference with “Challenges and Opportunities in the Med; Roots Program: Preparing SMEs to access capital markets; IMO Wold Maritime Day theme for 2019: Empowering Women in the Maritime Community and Challenges and new opportunities ahead for the Mediterranean ports produced excellent panel discussions and unique Q&A from the delegates. Add also the excellent and comprehensive video clip for the m/v Afros and see why it’s worth investing in sustainability!

The evening Gala Dinner at the Orion was extended until the early hours (Greek time)… Will revert with a detailed write up! Congrats to all involved and especially to FYE and F2F!

Have a nice evening and weekend but continue to remain on guard from actions emanating from Pirates, Terrorists, Criminals and Business Hooligans whatsoever wherever you are on Planet Ocean.

*Try to get the significance of this number today with British Politics and History!