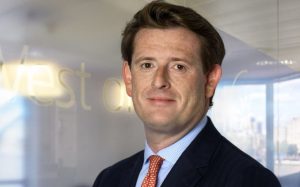 West of England P&I Club today announced its results for the year ending 20 February 2019. The Club’s capital has strengthened and remains considerably in excess of the ‘AAA’ capital strength requirement under Standard and Poor’s model. This has been re-affirmed in its financial strength rating of A-, reflecting its view that the Club will sustain its ‘extremely strong’ capitalisation. The free reserve has been maintained in excess of $300 million at a near-record level of $306.4 million.

Large claims in 2018 were fewer than 2017 (six in excess of USD 3 million in 2018 compared to 10 in 2017 at the same stage) but, due to the higher magnitude of these claims and higher than expected Pool costs, overall claims costs were more expensive than forecast. This claims profile, along with the industry-wide erosion in premium, has produced a combined ratio of 114% for 2018.

The investment return was 3.9% generating $28.6 million, a positive investment return for the tenth consecutive year. Proceeds from the sale of Tower Bridge Court have been invested, increasing both diversification of, and expected return on, the Club’s investment portfolio in the future.

Tom Bowsher, West of England P&I Club’s CEO, said, “We are pleased to see another positive financial result for the Club and in particular that our capital position continues to be extremely strong. We will however continue in our efforts to address the premium and claims imbalance that is affecting the entire industry. We are also developing new products and maintaining investment in our global service teams so that we remain well-positioned to continue providing cost effective cover for our Members combined with the high-quality service they have come to expect.”