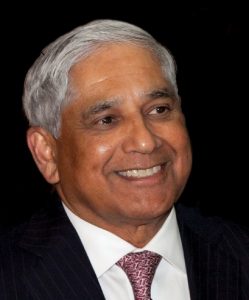 In what has been a landmark year for North, total entered P&I tonnage exceeded 200 million GT for the first time at the conclusion of the renewal, along with FD&D reaching a record 150 million GT. Over the last 12 months, owned and chartered tonnage grew by 3.5% and 13% respectively.

In light of the continued dilution of premium rates and a volatile claims environment, North’s overall combined ratio of 105% represents an acceptable outcome as it continues to support its Members through challenging commercial conditions and enabling them to trade with confidence. However, this is only possible because of the financial benefits drawn from the Club’s prudent, varied and successful diversified income streams.

Pratap Shirke, North P&I Club’s Chairman, said, “Against a background of uncertainty, we have been able to deliver financial stability by increasing our free reserves which are now US$463 million. Due to North’s prudent and fair renewal negotiations, the Club’s premium base was protected with minimal levels of erosion at the February 2019 renewal. This year’s result firmly endorses the Club’s diversification strategy and its long-term benefits for our Members. We are particularly pleased to be able to report that following a period of restructuring and development Sunderland Marine has stabilised and produced a significant contribution to our free reserves this year.”

P&I claims numbers generally track economic activity and the lower average numbers of the past four years reflect relatively weak freight markets over that period. As freight markets strengthen and return to pre-2015 levels North expects to see both the number of claims and the aggregate value increase.

Paul Jennings, North P&I Club’s Chief Executive Officer, said, “North was the first Club to confirm its post-Brexit trading arrangements with the establishment of our subsidiary in Ireland, and our Members continue to draw great confidence from the foresight, strength and stability of the Club. North has provided premium predictability and no unbudgeted calls for more than 27 years. This stability that has also been recognised by Standard and Poor’s which gave us an ‘A’ rating for the 15th consecutive year.”