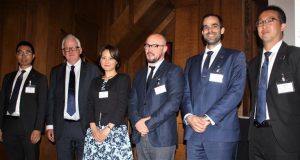 Five marine claims specialists have attained the highest accolade in their chosen field by qualifying as Fellows of the Association of Average Adjusters. The scale of achievement emerging from the latest round of association examinations ranks as one of the best on record. 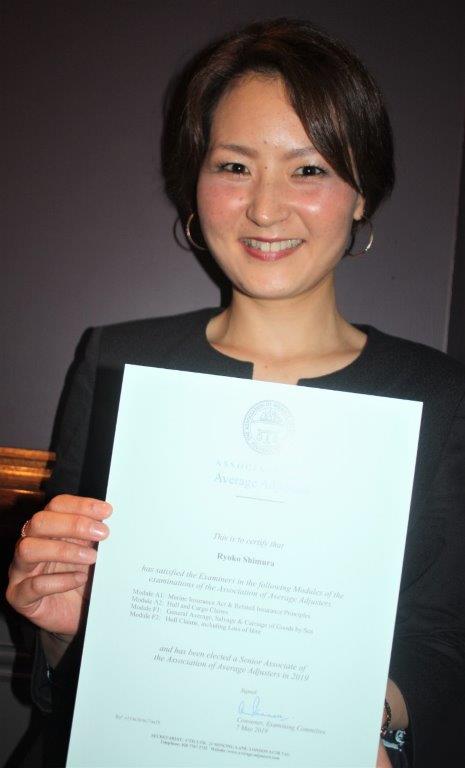 Ryoko Shimura and Konosuke Sakurai, both based in Japan, qualified in the latest exams as Senior Associates, a relatively new category just short of becoming fully qualified Fellows. The category was established in response to demand from people working in offices not necessarily solely dedicated to adjusting practice.

In all some 120 exams were undertaken in October 2018, January 2019 and March 2019 in 16 locations around the world. These resulted in a further 21 men and women qualifying as Associates, topping even the satisfying figure of 17 new Associates In 2017-18.

Mr Richards said: “Judging by the number of inquiries I get with regard to the examinations they are growing in popularity and recognition around the world. This is a testament to the work of the examining committee and our members in advertising the exams.”

Mrs Kallini is the director in charge of the Piraeus office of Charles Taylor Adjusting, a division of Richards Hogg Lindley. She joined the company in 2008 and has spent time working in RHL’s London office. She lectures at the marine insurance course of the Institute of Chartered Shipbrokers. She has a bachelor’s degree in maritime studies from the University of Piraeus and an LLM in maritime law from the University of Southampton. Before joining RHL, she worked for a law firm and in a shipping company.

Mr Shead is a senior average adjuster in London for Charles Taylor Adjusting. He is one of the co-editors of the 15th edition of Lowndes & Rudolf: The Law of General Average and the York-Antwerp Rules.

Mr Fei, senior manager (Hong Kong) for Charles Taylor Adjusting, joined the firm in 2006, after acquiring a bachelor’s degree (Hons) in international shipping and transport logistics from Hong Kong Polytechnic University. He passed the national examination in 2007 of China Insurance Regulatory Commission to become a certified PRC loss adjuster. He qualified as an Associate of the Association of Average Adjusters in 2009, and as an Associate of the Chartered Insurance Institute in 2011.

Mr Margaritopoulos has a bachelor’s degree in industrial management and technology from the University of Piraeus. He obtained his master’s in marine policy at Cardiff University in 2013. He worked in a shipyard, and as a chartering broker in Greece, before joining RHL Marine Piraeus in 2015. He qualified as an Associate of the AAA in 2015, and two years later as a Senior Associate.

Mr Lai has been an adjusting executive with TCWong Average Consulting Ltd since November 2014, before which he was a senior account executive at broking group Jardine Lloyd Thompson and earlier an underwriting and claims handling executive with Lambert Brothers Insurance Brokers Hong Kong, and shipbroker for South Express. He graduated from Hong Kong University of Science and Technology in industrial engineering and logistics management.

Ms Shimura, an average adjuster with Charles Taylor (Japan), has a university degree in comparative literature. She joined the firm in 2015.

Mr Sakurai is with Tokio Marine & Nichido Fire Insurance in the Japanese capital.

Mr Richards said that during the past year, offshore energy insurance specialist Keith Martin conducted a webinar in relation to module F4 (practical adjustment for the fellowship exam) and following the success of that, it was hoped to arrange webinars for other modules.
“Studying for the exams in some of the more remote parts of the world where there are not the resources or people around to act as mentors is challenging,” said Mr Richards, “and we hope to be able to alleviate some of these difficulties through the use of technology.”

Mr Richards thanked examinations convenor David Pannell and Mr Martin and an “army of markers for their dedication in setting, administering and marking the exams. It is hard for us all to appreciate the amount of time and resource which is involved.”