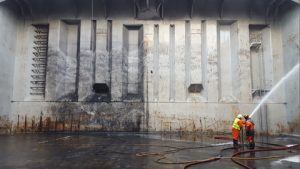 A cargo hold during a test

Tested extensively both in the lab and in the hold, Wilhelmsen’s Unitor CargoClean HD further improves on the market-leading performance of its predecessor but requires just half the volume of chemicals previously
needed.

Refined several times before the Wilhelmsen team felt their complex alkaline micro emulsion cleaner was strong enough to test against the best of the rest onboard a vessel, the new concentrated formula of Unitor CargoClean HD consistently produced the best cleaning results. Specifically designed for the dirtiest cargoes such as heavy coal and petcoke residues, it removes often difficult stains at the first attempt. Doing so with need for significantly less volume of the product, than other brands, and indeed their own Aquatuff HF,
the recommended dosage rate is just 10 percent. 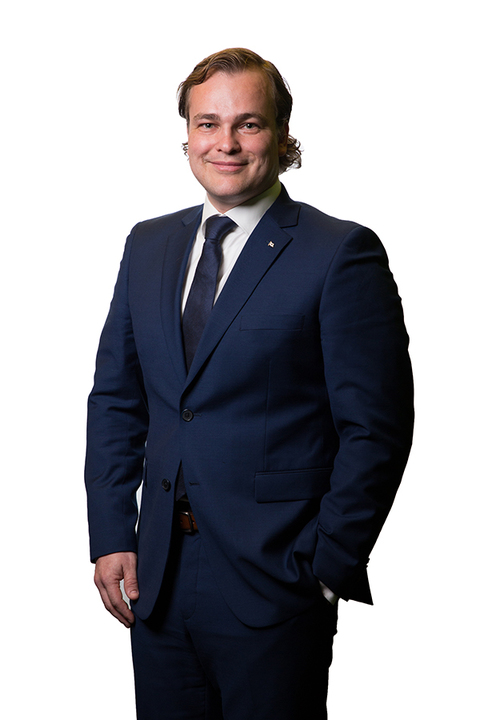 Mark Oliver Wittburg, Product Marketing Manager, Cleaning Solutions,  Wilhelmsen Ships Service says “We already had one of the better cleaning products on the market, but we never sit still and there is always room for improvement. Whether it is performance, concentration, composition or packaging, we are always looking for ways to improve our range and its environmental compatibility. The best just got even better”.

Unitor CargoClean HD’s performance doesn’t however come at a cost, like some rival products. Designed and blended to have no residual detrimental effect to common epoxy cargo hold coatings, Wilhelmsen’s product does not contain nonyl phenol ethoxylates or other estrogenic compounds.

Along with causing no damage to common hold coatings, the product also has no direct environmental impact, as Unitor CargoClean HD is not harmful to the marine environment (HME) as per Marpol Annex V. It also complies with EU Detergent Regulation.

So, unlike some rival products containing HME chemicals such as Sodium Hypochlorite, better known as bleach, Unitor CargoClean HD can be discharged at sea along with wash water, without risk of sanctions from port authorities.

In addition to performance and environmental benefits, a welcome knock-on effect of the product’s concentration is that it dramatically reduces both the amount of plastic waste and also the man hours spent transferring new chemicals on board, as less product equals less drums. This may sound unimportant but reducing vessels’ plastic footprint is destined to be an increasing focus for authorities and companies alike as sustainability becomes a hot topic for the industry. Lessening the physical burden on crews and freeing
up precious space in chemical lockers is another practical bonus.

Delivering best in class, concentrated performance, but with no unwelcome side effects, Unitor CargoClean HD should become the default choice for forward thinking owners and operators working with dry, dirty cargoes.

Learn more about Unitor CargoClean HD and our extensive range of cargo hold cleaning products and equipment at Nor-Shipping, 4-7 June. Visit us at stand E02-05.