Nikolaos Vafias has extended his investment in tonnage to almost US$90m in less than two weeks with a swoop for a Brightoil Petroleum aframax tanker being auctioned in Singapore.

Having seen off competition from a large group of rival owners to seal the deal, Vafias has now bought four vessels across three different markets in just nine days.

Tanker market sources say Vafias has won the race for the 107,000-dwt Brightoil Lion (built 2010) in what is a rare move in the second-hand tanker market for the wider Vafias family.

They suggest he has secured the vessel at a price of US$26m in an auction which is said to have attracted nine other competing bids, including multiple Greek owners. 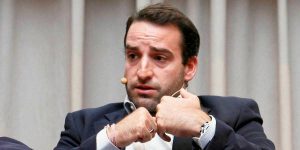 Nikolaos Vafias is the father of StealthGas chief executive Harry and the family has 11 other aframaxes under its control, all of which were contracted as newbuildings.

While Vafias senior is best known as a dry cargo owner having launched his career in the bulker market in the 1970s, his latest investments appear to be driven by asset values rather than vessel types.

Just last week TradeWinds reported he had purchased a capesize bulker and two gas carriers for a combined US$63m.

A move for the 176,000-dwt Maritime Power (built 2005) has echoes of the Greek owner’s last moves in the capesize market in 2016, when two ships were bought and flipped at a profit in around three months.

Sources note the purchase comes at a time when the aframax period market has raced with IMO 2020 expected to drive up both earnings and asset values.

Vafias senior took five years away from shipping around the turn of the last decade after handing the running of Brave Maritime over to his son in 2008.

He returned in 2013 with new vehicle Eco Dry Ventures, initially in the handysize space.

One gold wrapped up; Bissaro and Frascari find form at the Hempel World Cup Series Final