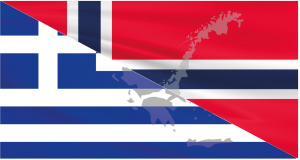 A tale of two cities…

In the last two weeks it has been my pleasure to travel to both Athens (Hellenic American Maritime Forum) and Oslo (NorShipping) and meet with maritime stakeholders.  While all carry the passion for shipping, they are often diametrically opposed when it comes to compliance with the upcoming IMO 2020 regulations.

What is disheartening is the conversation I had in Athens the first week when I asked what was going to change in shipping on January 1, 2020. I was told that much of Greek shipping (obviously not the major players, but the bulk of the smaller companies) was not going to change a thing.  They intend to continue to burn 3.5% fuel (without scrubbers) because they do not believe that the regulation will be enforced. In a later conversation, I asked a classification employee what measures they were taking to train their inspectors to look for non-compliant fuel.  I was met with silence and a long stare.

I then traveled on to Oslo, where the majority of the NorShipping event focused on decarbonization, blue/green technologies, innovations and forward-leaning strategies for mitigating shipping’s impact on the environment—including compliance with IMO 2020.

IMO 2020 is one of the most important, and widely known, pieces of regulation to come from the shipping industry.  If we aren’t vigilant in its enforcement, whatever exists of shipping’s credibility as an industry will dissolve.  It is imperative that IMO 2020 be enforced.

Furthermore, the shipping industry warrants a level playing field.  ALL ships are expected to be compliant as of January 1, 2020.  We need to ensure that this state of play exists so that companies don’t benefit from cheating, and those who have planned and implemented compliance strategies aren’t put at a competitive disadvantage.

So, while not every country may be deploying drones as they are in northern Europe, or sniffing technology on the bridges of China, I’m sincerely hoping that there is an enforcement strategy in place throughout the globe so that ships know they have to comply with IMO 2020– either using compliant fuel, 3.5% with a scrubber, LNG or other fuel.  If we are viewed as not having enforcement teeth, the regulation will have little or no meaning.