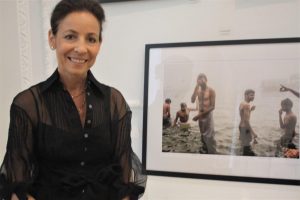 Every January, photographer Margarita Mavromichalis “immerses” herself in the sacred Ganges. While thousands of pilgrims are wallowing in the less-than-healthy water to perform ablutions in the hope of having their sins washed away, from the stone steps down to the riverfront Margarita is capturing with her trusty Nikon camera the vitality of the religious observance and ceaseless activity.

Six years of her photography in the north Indian metropolis have gone on display at Mayfair’s Nehru Centre, part of the High Commission of India. She is humble over what she says is “showing India to Indians,” although the guest list at the exhibition private view included contingents from the Greek and other communities and interest groups. 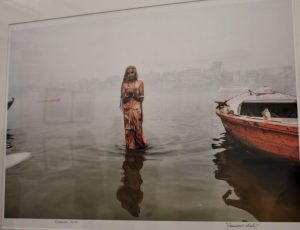 Devotee in the Ganges pictured by Margarita.

She has disclosed that she is drawing on these and many other pictures to publish a book of her Varanasi images which is the largest body of work in her strong and varied portfolio. “It was very difficult to make a selection,” she professed to those present at the inaugural lamp-lighting ceremony at the cultural centre.

While the shrines, temples, and palaces towering over the Ganges riverfront and the bustle of the narrow lanes has been copiously captured on camera by eager tourists and in paint by artists, Margarita focuses on the faces and fancies of some of the million pilgrims who perform rituals, their symbiotic relationship with the water, obeisance to the sacred cow, the innocence of children, a boy cradling a sheep, spectators of performing goats, and shy smiles of family groups. Each study is absolutely “of the moment” and the photographer has to be ever alert. 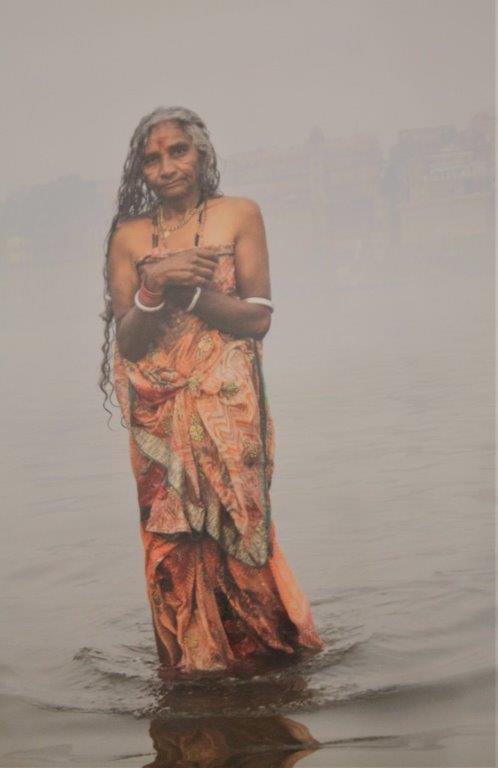 Detail of an evocative image.

Her 37 inkjet prints in her the new show underline that on her sojourns in Varanasi, “the human contact is what I value most.” 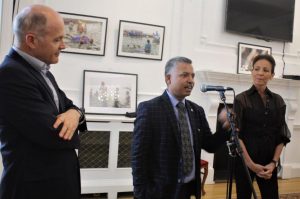 The city on the left bank of the Ganges thrives on having been for thousands of years the holiest of the seven most revered cities in Hinduism and Jainism, and on its association with Buddhism. Hindus believe that to die in the city will bring salvation.  Their faith is vibrantly evident in teeming scenes on the ghats, which are 80-plus stepped embankments, a few of which are sites for cremation, but most of which are the points from where men, women and children bathe in what has been said to be the sixth most polluted river in the world.

One of Margarita’s most touching shots is of a dignified woman standing in the water, an image recalling legends of Aphrodite rising from the sea.

According to Hindu mythology, Varanasi was founded by Shiva, one of the three main deities, bestowing a legacy of spiritualism, philosophy and mysticism.

For Margarita, her travels there have been “a magical experience, and it is one of the most fascinating places in the world.” It is “quite overwhelming” for newcomers.

People of all races from every corner of the country flock to Varanasi. “There is something quite raw about the spirituality. For a city that is focused on death, it is the celebration of life and death that is so fascinating.”

Margarita chooses to arrive in January, a relatively cool time of the year, for temperatures soar in other months, and “I start at 5am and am ready to shoot by six.” 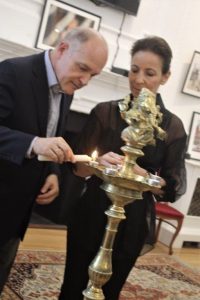 In a statement accompanying the exhibition, the Greek-born photographer said: “I find myself for the first time so strongly attracted to one country and its people, besides my own. I travelled to India for the first time in 2013 and subsequently returned every year since, asking for more!

“People often ask me, ‘Why India?’ There is no easy answer to this question. The most obvious response is the intensity of colours and the street life, not to mention the kindness of the people. As a street photographer all these elements are quite crucial and sought after. But there are so many layers to India that every visit feels simply scratching the surface. The centuries of history, the spiritual diversity and the cultural riches all come together and blend to create a present that is a feast to the senses and releases renewed energy and strange pollens in me.” 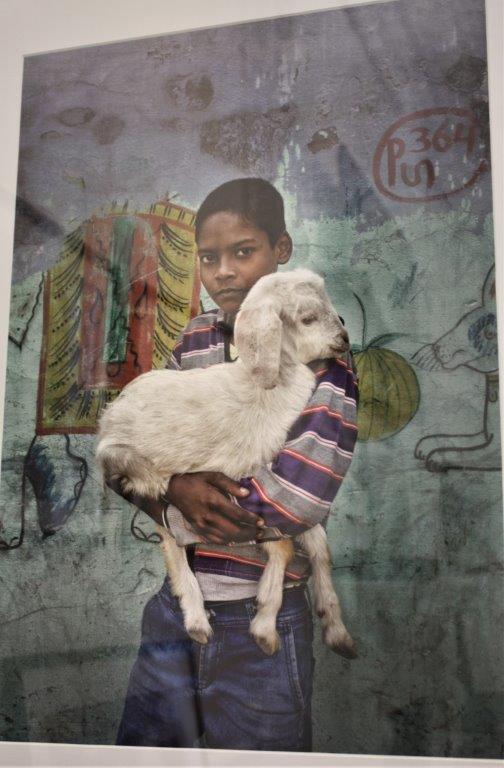 Boy with lamb pictured by Margarita.

Varanasi is “the city that I love most. I dare say that I almost feel at home there as every year I start off with a ten-day visit in a city where I have developed personal relationships with families that always welcome me with open arms.”

Earlier in her career, Margarita studied and worked in New York, moving back to Greece from 2013 to 2016 where she devoted much time to documenting the refugee crisis on the island of Lesvos.

She won the 9th Pollux Award in 2016, the 12th edition of the Julia Margaret Cameron Awards in 2018 and has been nominated for the 2019 Hope Prix Pictet Award for which the shortlist will be announced in Arles on July 4, 2019, and the winner at the Victoria and Albert Museum in London on November 13. Sponsored by Pictet, a leading European independent wealth and asset manager, the Prix Pictet aims to highlight to sustainability questions.

Showing her moving pictures of refugees at the Bulgarian Embassy cultural centre in London in March 2018, in November of that year Margarita had her first solo show in the UK capital. Margarita had 35 dramatic photos on display at the Hellenic Centre in London under the title Lesvos: Between Hope and Despair. 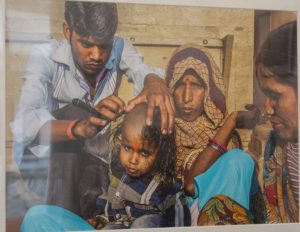 Ritual haircut for a child.

Her husband, His Excellency Dimitris Caramitsos-Tziras, ambassador of Greece to the Court of St James, took part in the opening ceremony at the Nehru Centre, where there was a warm welcome from Brij K Guhare, the deputy director of the centre. 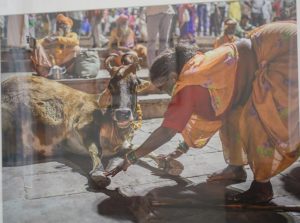 Homage to the cow 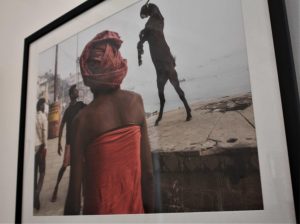 A goat is made to entertain. 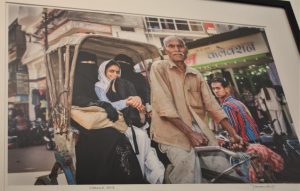 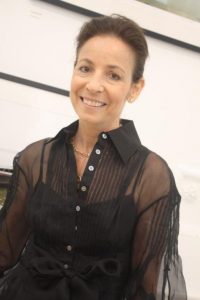 Varanasi: An unforgettable journey, photographs by Margarita Mavromichalis is at the Nehru Centre, 8 South Audley Street, London W1 until Friday 21 June 2019, with opening hours from 10 am to 6pm.