The BDI (Baltic Dry Index) continue with its upwards mode and with 15 points plus now reads 1,194! Geopolitics more than crucial with to and fro actions and reactions; CAUTION! John Faraclas’ brief recap:

The Panamaxes’ BPI continue to lose ground and now stands at 1,101 – minus nine points

The Handies’ BHSI gained five points and now stands at 437

Low level changes for the Wets; the last published BDTI (Dirties) and BCTI (Cleans) stood at 676 – minus one and 498 – plus three points respectively.

As these line are being written, the WTI is over and above the US$ 56 mark; CAUTION.

The MIGRANTS maintain its lead in the very perplexed Geopolitical front with the addition of an imminent confrontation between the USA and Iran following a USA drone being shot down by the Iranians. Wonder what’s next for the dire Strait of Hormuz and how War can be avoided, but fat chance, the War is on given the multiple of options the combatants have. Caution for Shipping too is strongly advised.

Not far away, Turkey’s president continues to bully the legitimate Republic of Cyprus and puts at risk Peace as well as  World stability with a general conflagration in the entire East Med/ Middle East and beyond. Politicians and diplomats have become the warmongers cronies; end of the story!

BREXIT still makes waves as does the Conservative Party of the United Kingdom in its deliberations to elect a new reader, ultimately PM; watch this space as it will greatly affect BREXIT !!!

On another tone and note what a kick-stat that was down at the Yacht Club of Greece with the Pireas 2019 conference in full stream! Will revert with a full account… 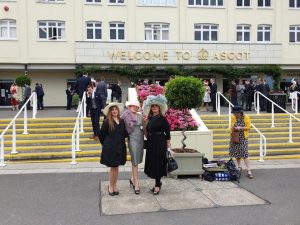 That’s all for now and wish you enjoy the Ascot Races with the exceptional outfits – mainly ladies hats!!

Have a nice evening and remain on guard from actions emanating from Pirates, Terrorists, Criminals and Business Hooligans wherever you are on Planet Ocean!