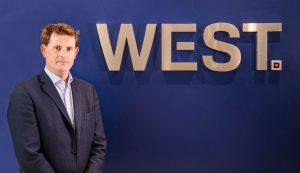 The West of England P&I, a leading A-rated mutual marine insurer, is launching a new brand identity which looks ahead to an exciting future while continuing to adhere to the values and ethos developed over its 150-year heritage.

The new branding encompasses a new WEST logo, new offices in the City of London, and an enhanced website.

Explaining the background to this rebrand, Tom Bowsher, Global CEO, said: “West of England is proud of its long heritage of service to the shipping industry, but we are a modern, forward-looking business. Our new branding reflects those facts, with a very contemporary feel underpinned by the use of nautical flag imagery to keep us firmly rooted in the maritime industry. The Club is in excellent shape and we’re very excited about the future.” 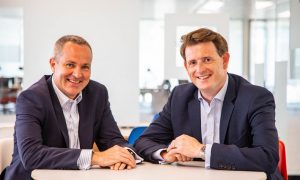 The new website, due to be launched shortly, has been created with a responsive web design, improved functionality and ease of navigation. Feedback from the market has been instrumental in the development of the new site and ensures that it will satisfy users’ needs, Mr Bowsher added.

The move to new offices in the city places the Club at the heart of London’s insurance sector and in close proximity to brokers and other parties it works closely with such as reinsurers and the International Group of P&I Clubs. It will also promote more efficient working with all the staff together for the first time on one floor. A staff committee was influential in the development of the interior.

The rebrand comes at a time of forward momentum for the Club. Recent year-end results showed it to remain extremely well capitalised and its strategy of regionalisation has been reflected in continuing investment in the recently opened Singapore and New York offices whilst its office in Piraeus this year celebrates 50 years of serving the Greek shipping community.