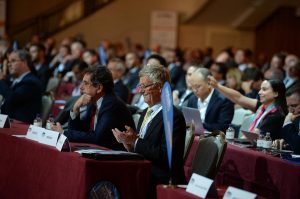 The London International Shipping Week Conference is one of the most important and influential shipping industry events anywhere in the world. Building on LISW19’s overarching theme of International Trade in a Changing World and sub-themes ’Growing’, ‘Innovating’ and ‘Partnering’, the highest level government and industry leaders will consider the impact on international trade of global economic pressures, sanctions and protectionism, Brexit, smart technology, regulation and the environment.

Cooperation between HHRM and Lloyd’s Register