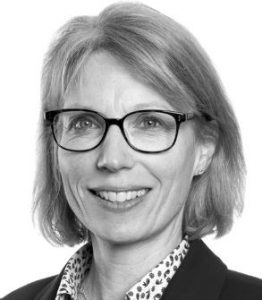 The Court of Appeal’s decision in Ark Shipping Co LLC v. Silverburn Shipping (IOM) Ltd, “ARCTIC” [2019] EWCA Civ 1161, provides a clear statement of the principles of construction, and how they are applied in ascertaining whether a term is a condition or an innominate term.

This decision provides guidance on the proper interpretation of parties’ continuing obligations during the life of a bareboat charterparty in relation to matters such as classification status, and the consequences if a charterer fails to fulfil such obligations. It also demonstrates the Court’s reluctance to classify contractual terms as conditions, where the risk of disproportionate consequences outweighs the advantages of commercial certainty.

While this case is particularly relevant to bareboat charterers, it is also anticipated to have implications for the interpretation of similar obligations in a time charter context.

In a judgment of 10 July 2019, the Court of Appeal heard an appeal of a High Court decision dated 22 February 2019, where an appeal from an LMAA arbitration award was brought pursuant to s. 69 of the Arbitration Act 1996.

The claimant owners (Owners) let the vessel to the defendant charterers (Charterers) under a charterparty in an amended BARECON ’89 form for a period of 15 years in October 2012. The facts, as summarised by the judge at first instance ,were: “She arrived at the Caspian port of Astrakhan for repairs and maintenance on 31 October 2017. Her class certificates expired on 6 November 2017, before she entered dry dock for repairs five years after her last special survey.”

The Owners sought to terminate the charterparty on 7 December 2018 because the vessel’s class had expired, and the Charterers were in breach of Clause 9A of the charterparty, which requires charterers to keep the vessel with unexpired classification certificates at all times. The Charterers resisted on the basis that the vessel had arrived in dry dock before the documents expired, and that she was not out of class; and also that the class requirement was a condition of the contract.

The charterparty was in an amended BARECON ’89 form, an industry standard form.

The maintenance and operation clause in Clause 9A in Part II of the charterparty provided:

“The Vessel shall during the Charter period be in the full possession and at the absolute disposal for all purposes of the Charterers and under their complete control in every respect. The Charterers shall maintain the Vessel, her machinery, boilers, appurtenances and spare parts in a good state of repair, in efficient operating condition and in accordance with good commercial maintenance practice and, except as provided for in Clause 13 (I), they shall keep the Vessel with unexpired classification of the class indicated in Box 10 and with other required certificates in force at all times. The Charterers to take immediate steps to have the necessary repairs done within a reasonable time failing which the Owners shall have the right of withdrawing the Vessel from service of the Charterers without noting any protest and without prejudice to any claim the Owners may otherwise have against the Charterers under the Charter.”

The matter was referred to arbitration, where the Owners’ application was dismissed. The tribunal did not consider the Charterer’s obligation to maintain the vessel’s class as separate from their obligation to maintain and repair the vessel. The obligation under Clause 9A was merely to exercise reasonable diligence. Furthermore, Clause 9A was held to be an intermediate obligation (and not a condition), which would allow termination only if any breach was serious enough to deprive the party of the substantial benefit of the charter.

The Owners appealed to the High Court on two questions of law.

Question 1: Is the Charterers’ obligation in Clause 9A an absolute obligation, or merely an obligation to reinstate expired class certificates “within a reasonable time”?

It was held that the natural and ordinary meaning of the words in Clause 9A was that the classification obligation was an absolute one to keep the vessel with unexpired classification of the class indicated in box 10 (‘Veritas Bureau, perpetual’) and with other required certificates in force at all times.

Question 2: Is the classification obligation a condition or an innominate term?

Carr J considered the key question to be striking the right balance, following Spar Shipping AS v. Grand China Logistics Holding (Group) Co Ltd [2016] EWCA Civ 982. Unlike breach of an obligation of punctual payment, which may be trivial or minor, breach of the obligation to maintain the vessel in class was considered likely to be serious, and could not be said to be trivial or “ancillary”. The consequences of breach do not affect the parties alone, but also cargo interests and subcharterers, as well as regulatory issues, ports and flags. Holding the obligation as a condition produced a commercially sensible result, and there was no undue harshness to the Charterers if the Owners could terminate for breach.

Question on appeal to the Court of Appeal – condition of contract or innominate term?

The sole question of law considered by the Court of Appeal was whether the term contained in Clause 9A to “keep the Vessel with unexpired classification of the class indicated in Box 10 and with other required certificates in force at all times” was a condition or an innominate term.

The Court of Appeal unanimously overturned the judge’s decision on this point, and found that the term was an innominate term and not a condition.

The Court of Appeal came to the firm conclusion both “textually and contextually” (Wood v. Capita Insurance Service Ltd [2017] UKSC 2) that the term was not a condition, and provided the following reasons:

1. The term is not expressed to be a condition. This was a consideration of some significance, given that the BARECON ’89 form is an industry standard, and drafted after consideration by an industry drafting committee. Had the industry and parties wished to make the position plain, they could have used the language of condition, but they chose not to do so.

4. Type of breach. Although the term goes to the classification status of the vessel and only one kind of breach is possible (i.e., either the vessel is in class, or she is not), the Court of Appeal considered this to be outweighed by other factors.

8. Consequences of breach. Breach of the term may likely result in trivial, minor or very grave consequences, “thus suggesting that the term is innominate rather than a condition”. (Spar Shipping)

9. A continuing obligation. It was one thing to conclude that a statement as to a vessel’s class at the commencement of the charterparty is a condition or condition precedent, but another to hold that a 15 years’ warranty to maintain the vessel in class at all times is a condition. Typically, continuing time charter warranties as to the vessel’s physical condition do not constitute conditions. The Court considered that the advantages of certainty, achieved by categorising the term as a condition, were clearly outweighed by the risk of trivial breaches having disproportionate consequences.

Overall, while being aware of the difference between a bareboat and time charter, this was held not to be enough to determine that the term was a condition.

This decision provides helpful guidance on the proper interpretation of parties’ continuing obligations during the life of a bareboat charterparty in relation to matters such as classification status, and the consequences if a Charterer fails to fulfil such obligations. It also demonstrates the Court’s reluctance to classify contractual terms as conditions, where the risk of disproportionate consequences outweighs the advantages of commercial certainty.

More generally, the case provides a clear statement of the Court’s approach to construction and an overview of key cases, which may be of use when drafting contracts.

A 5.1R earthquake shakes the plain of Athens

Invitation to an LSLC HYBRID event – The...