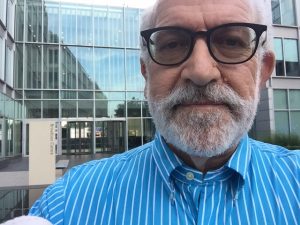 The BDI down to 2,014 points sends shocking messages; we shall see in the coming days.

The volatility of Capes is monumental; following yesterday’s fall of 123 points, today’s 507 points was a real shock bringing the BCI down to 3,808 points, 192 points below the 4,000 point barrier. CAUTION!!

The Panamaxes’ BPI “managed” a controlled loss – the first in many days, of ten points and now stands at 2,209 points…

The Supras’ survived with two points plus and now the BSI stands at 1,019 points…

Once again mixed feelings with the Wets; the last published BDTI (Dirties) and BCTI (Cleans) stood at  626 plus two points and 473 – minus five points respectively

The Geopolitics getting worse from yesterday’s report. All issues remain the same; unfortunately… 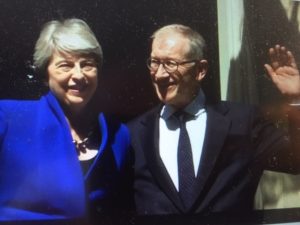 Mrs. Theresa May with her her husband Philip waving goodbye outside no.10 Downing Street

The news today were dominated with Mrs. Theresa May’s last day as PM of the United Kingdom; a great political loss but she remains an inspirational beacon for all British women politicians aiming high and Boris Johnson who dreamt to become the King of the World – his fist wish come true but let’s see the results… In shipping and in particular in the shiprepair sector we have a saying; overhauling; this is what he did today, a complete overhaul. Let’s hope all this delivers the best for the citizens in the United Kingdom. The days ahead are more than crucial… Sometimes at the end of the day when the sun comes up in mid-day the dreams scatter around… CAUTION! 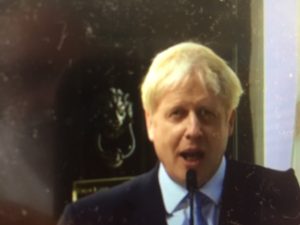 We wish though best not just for him, his cabinet, the United Kingdom o Europe, but for all in Planet Ocean! BREXIT and everything surrounding BREXIT become and will continue as the focal as well as the turning point in British, European and Planet Ocean’s history… until solved…

The financial Markets and indeed the stock markets remained almost unchanged… let’s see tomorrow and what happens all the way to Hallowe’en! We are living in interesting times!

On another tone and note; MIND THE NEW HEATWAVE…in UK, Europe and beyond…  Climate change at its best. Are we ready to tackle this new phenomenon ? CAUTION!

That’s all for tonight, have a nice evening and remain on guard for actions emanating from Pirates, Terrorists, Criminals and Business Hooligans whatsoever wherever you are on Planet Ocean.