Dennis Spiteri; an artist beyond the cosmic encounters 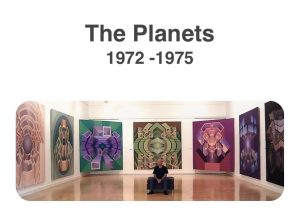 Dennis Spiteri; an artist beyond the cosmic encounters

Dennis Spiteri was born in Malta in 1948 and migrated to Australia with his parents in 1954. He grew up in a country town in Victoria and did his primary and secondary education there. He also began his art education there. A love of art had been there at an early age. Even in Malta as a child he loved drawing. So it was inevitable that by the time of his late teens he had begun what was to be a four year art course. It was the reading of a book on Van Gogh that steered him towards painting in his mid-teens. He responded to Van Gogh’s passion and commitment towards his art and recognized it in himself. Vincent confronted him with himself and showed him that making art wasn’t about putting pretty pictures on people’s walls – it was a journey of self-discovery that you were meant to follow through to the end no matter what depths of despair you went through on the way. This wasn’t about one artist being influenced by another in terms of style; it was about identification with the same ideals – a recognition of like sensibilities. He was just as influenced by the humanism of Vincent the man as he was by the painter.

In 1968 Spiteri moved to Melbourne to continue his art studies. This brought him into contact with abstract art for the first time and he began to use a very personal geometrical style which he continued to develop over the next ten years.

In 1969 the German philosopher Friedrich Nietszche, who through his book Thus Spoke Zarathustra, caused another shift in Spiteri’s thinking. Nietszche showed him what man could achieve as an individual through sheer willpower. At a time when Spiteri was struggling to develop his art, Nietszche’s philosophy endowed him with the strength to pursue it through all adversity. 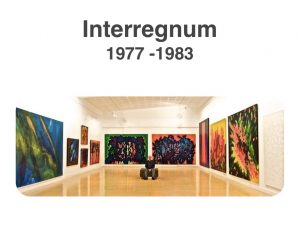 1970 was a significant year for Spiteri. He has always seen it as the year of his rebirth. He had finished art school in 1969, so it was his first year out as a practising artist working in rented studios. His first solo exhibition was booked for September that year so he was working around the clock to get the work done for that. At the start of the year though, little did he know what lay ahead in terms of life-changing experiences. That change came through the music of Ludwig van Beethoven. Spiteri has said that it was like opening the door into a new universe, one he didn’t know existed. The excitement was in discovering Classical Music in general but the key to that door was Beethoven.

Since then Spiteri’s art and classical music have been inseparable! Every series of paintings he has done has been inspired by a particular piece of music. Starting with his first solo exhibition in 1970 titled ‘The Baroque Riddle Suite’ to the group of paintings he is currently working on simply titled ‘Symphonies’ (see the ‘Painting’ section on his website: www.dennis-spiteri.com). His first exhibition was a sell-out show and both the National Gallery in Canberra and the Burwood campus of Deakin University bought works from it.

In the late 1970s, Spiteri’s work began to change. The tight geometrical paintings he had been doing since art school disappeared and he began to experiment with freer forms. He went through a five year period of experimentation with different techniques and styles trying to find a new way forward, which he found in 1983. It was during this period that he became disillusioned with the commercial gallery scene and the ‘art world’ in general. He began dreaming of one day having his own studio and gallery to exhibit his work in – in this he was inspired by Wagner’s example who built his own theatre in Bayreuth Germany because the small German theatres of the time couldn’t accommodate his gigantic operas.
Through most of the 1970s he was immersed in working on three major series of very large paintings: The Mass; The Planets and The Seasons and did not exhibit at all.

Throughout the 80s and 90s he continued working in rented studios and sometimes exhibiting his work in these studios all the time supporting himself with ‘bread and butter’ jobs in order to keep painting. His paintings were difficult to sell, not only because of their large scale, but also because of the fact that he wanted many of his series to stay together and therefore could not be split up. 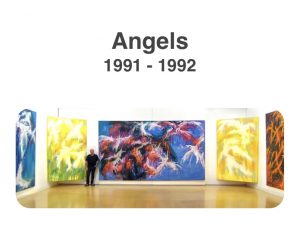 In 1990 he was offered a retrospective exhibition at the same Melbourne gallery he had his first show in. This was titled ‘In Pursuit of Ecstasy’ 1970-1990.

In 1997, Spiteri and his wife Margaret-Anne Milburn, an art teacher and ceramicist, bought forty-six acres at Highlands about two hours’ drive North of Melbourne and finally moved there in 2001. At last, his long cherished studio was in sight. This was eventually built in 2004. Spiteri has been working and exhibiting here since.

Besides the many paintings he has produced he has also published a novel ‘Confronting Mephistopheles’ and a monograph in three volumes ‘Dennis Spiteri Paintings 1969-2015’. Information about these can be found in the ‘Book’ section on the artist’s website above.

There has also been a feature length documentary film made about his life and work titled ‘In Pursuit of Ecstasy: A Portrait of Dennis Spiteri’. This can be seen online: https://vimeo.com/245821321

The environment surrounding him adds to the serenity needed for him to think and create. It is an environment he has established by planting thousands of trees. What was once cleared grazing paddocks has now become a botanical garden. Dennis Spiteri continues to work in relative isolation on his property in Highlands pouring his heart and soul into paintings of great depth and beauty, away from the arrogance and shallowness of the art scene he wants no part of.