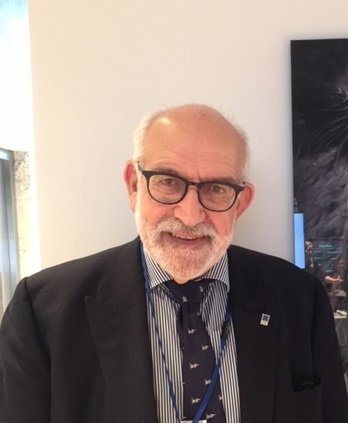 The last two indices with a double plus digit!

BREXIT still with too many obstacles and wonder what’s next. The damage for a non-BREXIT deal will be colossal for all all over Planet Ocean.

Italy enters yet another stage of instability amid financial mess.

Above all the MIGRANTS  issue continues to be the stumbling block in humanity’s further Peace and Development; CAUTION. There is a lot of hype from all involved in this burning issue and we warn all all over Planet Ocean to be careful as the despicable repercussions expected will rock our society from its foundations. The NGO’s are also to blame! Once again we repeat our position, being also the only practical one to offer results: Naval Blockade with a Mandate and Rules of engagement all over the med and Black Sea! End of the story.  Being on the Island of Chios from were we have reported years and years ago the recent madness with the MIGRANTS we will report to you even live – we have many reports and even live interviews from this despicable issue on this particular island were the local Greek authorities have spectacularly failed to contain the arrival of MIGRANTS from as far as Afghanistan and the sub-Saharan region; its not just the Syrians, there are Iraqis, Pakistanis, Iranians and many many others – “don’t talk” about religion as we maintain the view that Muslim countries around should have taken all Muslim Migrants and have them in a more familiar environment. On top of everything else, nobody at the end of the day wishes to see the breaking of social cohesion in Europe, particularly in small societies as these in the eastern Aegean Greek Islands. All the rest with all due respect is sheer hype (hypocrisy, a very much Geek word) as these places cannot “absorb” the numerical ratio that these MIGRANTS give… The Chian society in the beginning of the MIGRANTS crisis as well as all major Greek Islands in the Eastern Aegean were very much more than supportive to the MIGRANTS. Events though developed has completely turned the tide… At some stage we have asked Mrs Merkel to take her for a ride so she can see the reality and not that that the Greek Authorities and FRONTEX maintain  and produce and demonstrate to European officials.  CAUTION!!

All other issues we cove maintain the same with the Trade Wars making same worse every single day! 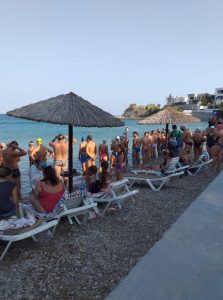 On another note and tone the note we had an excellent 1 mile (1,500 meters)  open sea swimming race at Vrontados, Island of Chios from the Los’ Gulf PEKEV sea-sports club to the Unknown Seafarer  memorial off Pantelakis’ gulf.

These events enhance the sea-sports which allaboutshipping.co.uk supports and by hard luck we missed the chance to participate in this race. We hope better luck next time round!

Τhere was also the change of …guards at the Municipality of Chios following last May’s elections; Manolis Vournous handed over to Stamatis Karmantzis who is now the island’s new mayor. We wish him all the very best of luck in his very difficult task. Congratulations to Manolis Vournous for his tenure as mayor of this island in these difficult times with the Greek Credit Crunch and the Migrants issue. We hope that the new mayor sorts out the Migrants issue, create new infrastructure and maintain the old one, expands the runway of the airport – a MUST here and now. we will revert with our …special demands soon