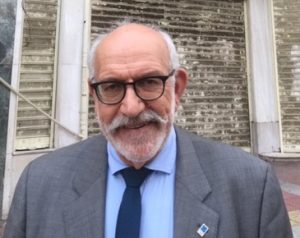 The BDI (Baltic Dry Index) gained 57 points earlier on today and now stands at 2,118, 129 points below the 2,247 points as of the end of December 2013 Geopolitics and Recession on Planet Ocean gets worse. John Faraclas’ brief daily recap:

Another good double digit plus for the Handies’ BHSI now at 609 – a surprise for many for this over and above the 600 point threshold.

The Wets with mixed feelings; the last BDTI and BCTI stood at 656 – minus three and 462 – plus four points respectively.

Geopolitics on fire with the Amazon burning…too. CAUTION!

More news before midnight; until then remain on guard from actions emanating from Pirates, Terrorists, Criminals and Business Hooligans whatsoever wherever you ae on Planet Ocean.