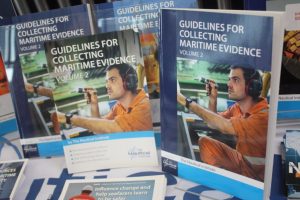 Can you believe your own eyes, or your ‘electronic eyes’? Can you trust a video recording to yield the truth about a dangerous incident at sea?

Such dilemmas lay behind a book launch with a difference aimed at underlining the need for a fresh look in the electronic age at the whole question of gathering evidence about incidents at sea. 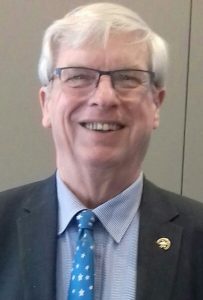 Behind the anodyne title Guidelines for Collecting Maritime Evidence volume 2 published by The Nautical Institute lies a wealth of practical advice about getting to the bottom of the causes of casualties with the help of new types of data.

Many of the 14 authors joined Nautical Institute executives and specialist guests at an event to promote the lucidly written volume. The platform was a one-hour session on September 9 at London’s City Hall of the WISTA UK 2019 conference, part of the LISW 2019 events.

The Women’s International Shipping & Trading Association audience was challenged to make a rapid assessment of fault from a marine collision seen on video. The outcome of the challenge showed that what lies behind many marine mishaps can be other than what is seemingly apparent —even the opposite of a first-glance hypothesis.

In the book, the authors explore the nature of electronic evidence – what it is, how to preserve and collect it, and how it can be used to understand the circumstances that lead to a maritime incident. 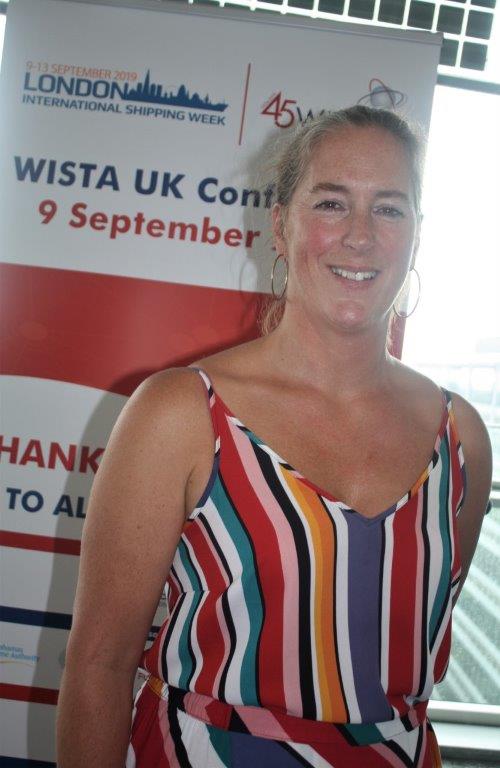 Evidence in cases of collisions, groundings, loss of stability, fires, cargo claims and crew injury comes under the microscope of lawyers, investigators, auditors, insurers, underwriters and consultants. Capt Ian McNaught, deputy master of Trinity House says in a foreword to the book that “it is imperative that seafarers understand the need for accurate evidence after an accident on board ship Seafarers are invariably responsible for gathering data with respect to the vessel’s day-to-day operations. Evidence, in all its various forms, must be taken by seafarers after an incident.”

The reason that this is a paramount concern for The Nautical Institute is that its membership of 7,000 maritime professionals in more than 120 countries are involved in the control of ships.

In one chapter, Admiralty judge Mr Justice Teare points out that the great benefit of electronic or digital records is that they cannot lie or have a faulty or imperfect recollection. “They will be the best evidence of what happened.”

The WISTA session around the publication was chaired by Capt Jessica Tyson, a marine consultant and pilot, who said that voyages could bring problems, but “in shipping it is quite nice when nothing happens!” Recently awarded the Merchant Navy Medal for Meritorious Service, Capt Tyson said it was important to get down to the root causes of incidents, leaving behind any “personal take” on them.

Responding to a question from the audience – do you think there has been a sea change with people more open to looking at wider-ranging causes? – Capt Tyson said: “I think there is a greater understanding that all incidents are never ‘one thing.’  It is usually a series of events., and systems developed have tried to stop the cascade effect. People are a bit more holistic in trying to get to the root cause of incidents.” She emphasised that in  investigations, attention should be paid to manual systems, “what was happening outside of anything electronic, can it be cross-checked against that? 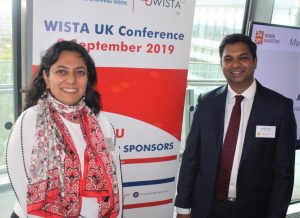 Rosalind Blazejczyk of Solis Marine whose services include reconstructions of shipping incidents, introduced a ‘desk-top exercise’  in which video footage of an anchor collision appeared to show a tug bumping into a tanker.

Ms Blazejczyk, who is a naval architect specialising in salvage, wreck removal and incident investigations, said an analysis of data produced images which showed that it was actually the tanker that came towards the tug. It looked like there was no change in heading, but there was, and the tanker made contact with the tug anchor chain. Incorrect information has been given to the authorities.

Monika Kohli of Gard’s London office described a typical sequence of response by P&I to an emergency, often starting with a lawyer or claims executive being woken from their sleep at one in the morning. 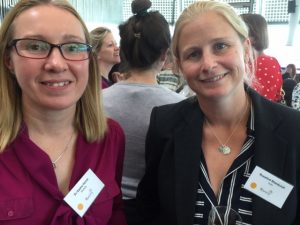 A member of the audience referred to the “staggering” amount of data generated with new systems, asking: “Is it possible to process that data in the absence of AI technology?”

Technical editor John Noble wrote in the new book that most claims are dealt with in face-to-face negotiation, mediation, arbitration and the courts. Rarely are witnesses from a ship called to give oral evidence, and these are usually the master,  chief engineer or watchkeepers. Seafarers  are not usually afforded an opportunity of finding out how matters are ultimately resolved.

Mr Noble said that care has to be taken to ensure that instant evidence does not lead to immediate conclusions.  There must be  a realistic cyber-security system in place to ensure that  the information collected goes only to the intended recipients. 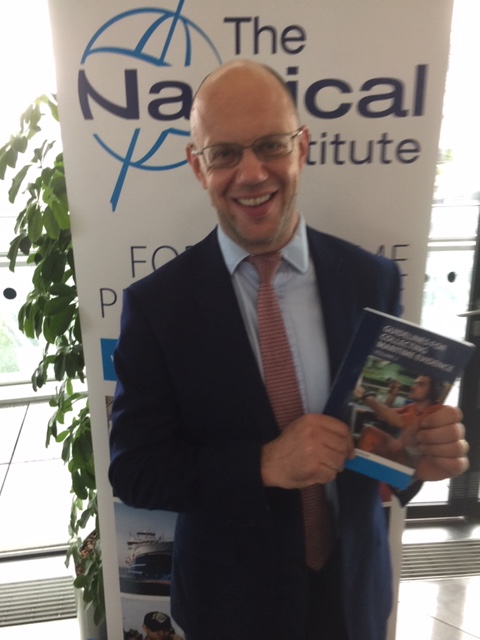 LOC’s Paris Mangriotis one of the contributor / authors

The first volume of Guidelines for Collecting Maritime Evidence was issued in 2016 and has sold over 12,000 copies; with surplus funds going into The Nautical Institute’s education initiatives.

Mr Noble said that the initial publication dealt with the role of those who might be among the first to attend an incident or casualty in dealing with evidential matters.  Contributors included maritime lawyers, arbitrators, marine surveyors, protection and indemnity claims  executives, brokers, state accident investigators (Marine Accident Investigation Branch) and insurance interests. In other words: people who were not crew, but acted as first tier responders to collect the evidence that would be required to assist in claims resolution.

“If there was a gap in the [first] volume, it fell into the fields of electronic evidence,” said Mr Noble.  “Since the 2016 edition was published considerable advances have been made in collecting and interpreting evidence based on electronic data, for example ECDIS.”

Electronic Chart Display and Information System (ECDIS) is a computer-based navigation system integrating information from the Global Positioning System (GPS) and other navigational sensors. It is an automated decision aid capable of continuously determining a vessel’s position.

The institute says that while not completely replacing traditional records such as hard-copy logbooks, data from electronic sources such as ECDIS, VDR (Voyage Data Recorder) and AIS (Automatic Identification System) is vital for the investigator. 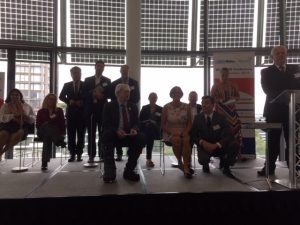 A photo call of some of the authors/ contributors  and speakers with Captain John Lloyd, The Nautical Institute’s CEO who introduced the book

Mr Noble has worked in commercial shipping since 1962. After a spell as a claims executive with Thomas Miller (the UK P&I Club), he set up the London office of Murray Fenton & Associates in 1980.  Following the acquisition of Murray Fenton by BMT in 1999, he was chief executive of the Salvage Association until 2005.  His practical expertise lies in dealing with salvage, wreck removal and oil pollution, having attended some 60 major casualties.  He currently acts as advisor and mentor in Dubai to the marine surveying consultancy Constellation Marine Services.

The new book’s contributors are from a wide range of disciplines. Among the subjects they discuss are the roles of the average adjuster and the mariner lawyer, evidence collection from the P&I perspective and that of the naval architect, and fire, deterioration of agricultural cargoes, machinery failure and surveying.

There is to be a launch in Southampton of the book at The Sailors’ Society premises at 108 East Street on October 17.

The BDI fells but LISW 2019 continues its success