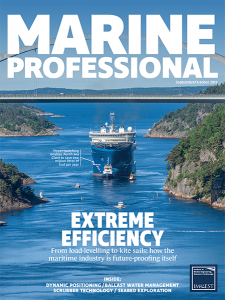 According to event organisers, last week’s London International Shipping Week 2019 “exceeded all expectations by welcoming thousands of global shipping industry leaders to more than 200 official events throughout the week”.

Initial estimates put the actual number of UK and international visitors at around 20,000 – a figure, organisers say, will rise even further when the number of ‘unofficial’ events are eventually factored in.

Charities associated with this year’s event also declared the week “a tour de force” with £11,000 raised at the headline LISW19 Gala Dinner alone, and £155,000 collected at the Sixth Annual Dragon Boat Race.

The total amount of LISW 2019 charity contributions is estimated to be over £2 million.

“We’re delighted that we had the the support of 13 UK government departments and even welcomed the Prime Minister Boris Johnson onto the Pharos – a lighthouse tender that visited London as part of LISW 2019 along with two Royal Navy vessels,” says co-founder of the event Llewellyn Bankes-Hughes

“The number of international trade associations and companies taking part in this amazing week of events continues to grow and underlines London and the UK’s important role in helping to mould the international shipping and maritime sphere.

“The energy, enthusiasm and hard work demonstrated throughout the week by the UK’s maritime minister Nusrat Ghani MP (pictured above) – who attended at least half of the 200 events taking place – raised the level of discourse between government and industry, and added kudos to the week.

Marine Professional is the IMarEST’s membership magazine and is available in print and online.

With a strong news analysis focus, each issue looks at the trends emerging within the marine sector and aims to enhance understanding of the complex technical intersections between the maritime, offshore and science agendas.L