S&P Affirms The Swedish Club Ratings at ‘A-‘; Outlook Stable 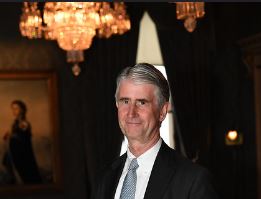 S&P Affirms The Swedish Club Ratings at ‘A-‘; Outlook Stable

The Swedish Club is delighted to report that S&P Global Ratings has affirmed its ‘A-‘ long-term insurer financial strength and issuer credit ratings on The Swedish Club.

The ratings agency commented on The Swedish Club’s sturdy operating performance, driven by disciplined underwriting and strong risk controls and a solid capital buffer at the ‘AAA’ level as per its risk-based capital model.

S&P has also confirmed a stable outlook for the Club, reflecting its view that the Club will continue to deliver robust underwriting performance and preserve its excellent capital adequacy over the next two years.

Lars Rhodin, Managing Director of The Swedish Club says: “The upgrade to an ‘A-‘ rating at the beginning of the year was testament to our quality members, combined with a consistent performance by the Club for the last ten years.