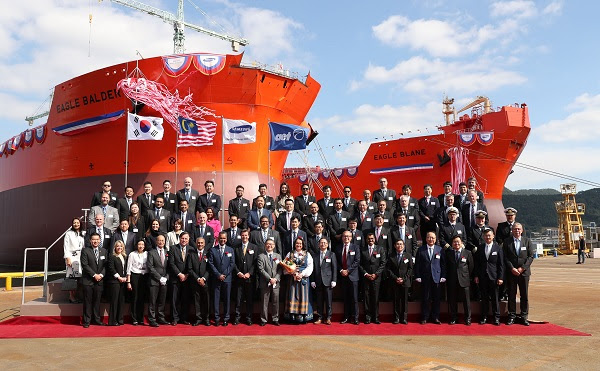 Powered using liquified natural gas (LNG) as primary fuel, the LNG Dual-Fuel Dynamic Positioning Shuttle Tankers (DPSTs) will also be able to capture 100% of the harmful Volatile Organic Compounds (VOC) which escape into the air from crude oil cargoes during loading and voyage for reuse as a supplementary fuel.

Utilising a more efficient system for dynamic positioning (the activity of ensuring the vessel remains stationary above a specified area of seabed while loading oil at sea), combined with the LNG Dual-Fuelling and VOC Recovery Systems, these vessels will save up to an estimated 3,000 tonnes fuel per year compared with conventional DPSTs of the same size.

The vessels have been constructed by Samsung Heavy Industries (SHI), for AET Sea Shuttle AS (AETSS), a joint venture between Norwegian shipping company ADS Shipping and AET Tankers headquartered in Singapore, as the owner and commercial operator of the vessels. Project management for the newbuilds was provided by MISC Group’s marine services arm Eaglestar and Norwegian third-party ship management company, OSM Maritime.

“These vessels are proof that environmental sustainability and commercial viability can coexist, and are also testament to the fact that operational performance does not have to be sacrificed in the pursuit of reducing emissions. The goal was always to leverage our combined experience of AET, ADS and SHI to develop vessels that really push the boundaries in what is possible in North Sea dynamic positioning operations, and to prove the value of LNG Dual-Fuel solutions in the energy shipping segment.” 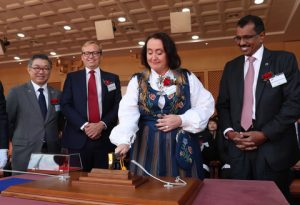 “Taking these vessels on a long-term contract will further enhance our ability to provide safe, efficient and cost competitive energy for our customers, and we are proud to play our part in what is an important step forward in the development of more sustainable energy shipping solutions.”

Designed for operations in the Norwegian, North and Barents Seas, these DPSTs are equipped with the latest generation of bow loading system and shaft generator with DC switchboard.

“Eagle Blane and Eagle Balder have surpassed our expectations, and vessels will provide Equinor with even greater operational flexibility and control and set a new benchmark for shuttle tanking operations. We look forward to the next stage when these ships begin their work, in our further strengthening of the relationship between Equinor, AET and ADS. Our sister company, OSM Maritime are looking forward to managing these vessels from their OSM Ship Management office in Arendal, Norway.” 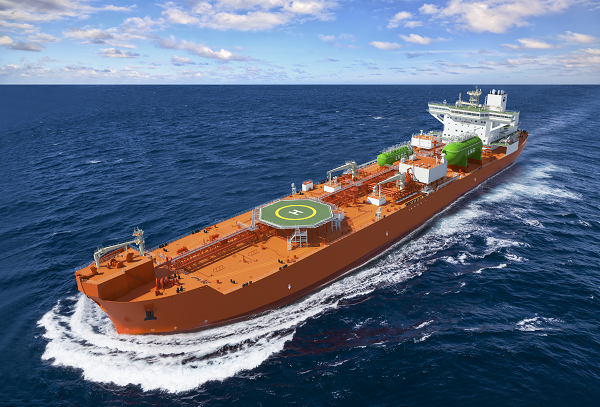 “As partners in this venture, we all shared an aspiration to significantly reduce the environmental footprint of our supply chains while ensuring stable and reliable access to energy now and into the future. We are confident that these LNG Dual-Fuel Shuttle Tankers will be the first of many more used by the offshore industry, and I must thank everyone involved for helping to bring this project to life.”