Market in Red – in its entirety amid perplexed Geopolitics 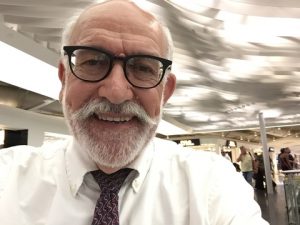 Market in Red – in its entirety amid perplexed Geopolitics

The BDI (Baltic Dry Index) lost nine points earlier on today and now stands at 1,846 points. The Wets were comparatively in a worst position. Geopolitics with the wider Middle Eastern mess, BREXIT and other issues is in a dangerous turning point, a point of no return. John Faraclas’ brief daily recap:

The losses were contained but the fall continues encouraging uncertainty all over; the Capes were down  17 points with the BCI standing at 3,047 points…

The Panamaxes losses were 21 points with the BPI standing at 1,819…

Just a point off from the Supras’ BSI now reading 1,221 points…

The WTI as these lines are being written stands at US$ 53.31 which is 47 cents below last Friday’s closing of US$ 53.78… Many games here; expect more…

The Geopolitics are in one of post WWII worse moments and its all to blame all the super powers as well as their cronies for this despicable state of affairs we live in:

The MIGRANTS are causing excess mess and they have an issue to all communities particularly to those in the small Greek Aegean Islands opposite Turkey with demos and revolts. People want them out as the Migrants Centres are at least three time more overcrowded than one can imagine… And Turkey continues on purpose to send more! Nearly 1,908 landed on Lesvos (820) Chios  (464) and Samos (626) last week until the early hours of this morning!

The Turkish – Kurdish mess in Syria is now beginning with whatever this entails. You haven’t seen anything yet.

The Aegean Sea will soon produce mess, unless the superpowers step in  given the pathetic provocative blackmail of Erdogan’s Turks and their demands from Greece, a EU nation!!! CAUTION!

The Balkans too will get more than messy.

Wonder who is directing these despicable games against Humanity and Freedom.-

The BREXIT drama continues; nobody knows what’s next to come. Many believe that PM Boris Johnson must resign. Will elections take place? Will the BREXIT be orderly? Who are those to be affected and to which extent.

At the other side of the Atlantic USA’s president Trump is fighting all over the place; domestically has to come our totally clean, in the international arena some of his latest actions and responses have been criticised even by his own party. Let’s see how he comes out scot-free…

Let’s see next door in Canada how young Trudeau does in today’s elections!!

Caution for Hong Kong too as you never ever know what might evolve there. 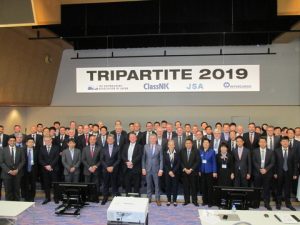 Picture thanks to MND.

On another tone and note and following the very timely and successful three-day Tripartite Conference in Tokyo, Japan – 16 to 18th of October,   herewith a photo-call of all delegates. We hope this event takes place in other Shipping Capitals on Planet Ocean with more to attend for the crucial issues discussed and debated. It is a must as we foresee another Newbuilding Boom given the energy factor, improved technology, as well as the environment/emissions “jargon”.

Shipowners, Shipyards and Class Societies have to safeguard safety of human life and the environment in its true sense and continuation of the sea trade totally uninterrupted.

Have a nice evening and remain on guard for actions emanating from Pirates, Terrorists, Criminals and Business Hooligans whatsoever wherever you are on Planet Ocean!