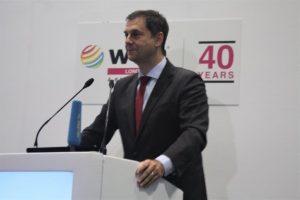 Greece’s new tourism minister has said he is working on plans which in effect could save the country from the blight of cruiseship-led over-tourism.

Harry Theoharis told a press conference at the World Travel Market 2019 in London that he will have discussions to ensure the highest standards in ships so that they leave the smallest possible environmental footprint. The country did not want to have calls from ‘any old ship.’ 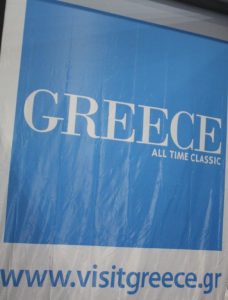 There have been protests elsewhere in Europe that the visits of huge liners are overwhelming popular destinations, disrupting their infrastructure and harming ecosystems.

Mr Theoharis said he was in discussions with the tourism industry to establish specific sustainability targets for the next years.

He said that rather than ships dropping large numbers of passengers for brief shore visits, it would be better for tourists to enjoy stays of a few nights.

Greece in 2018 welcomed more than 3m cruise passengers in addition to 30m other foreign tourists bringing in Euro60bn. Germany, the UK and France were the leading suppliers of visitors. 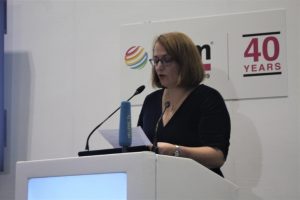 On his overarching strategy, the minister said: “Our vision is Greece as a full experience as you have never imagined it before. Greece is more than sea, sun, beaches and ancient monuments. It is a multi-level and multi-faceted experience.” The government was in the process of creating a 10-year strategy which would concentrate on quality, sustainability and authenticity. “Sustainable tourism requires a balance of supply and demand in infrastructure and environmental consciousness.”

A visitor must savour the full richness of living within the country, departing having seen, heard, tasted, smelled the experience of Greece all the way. Tourism meant “service with a human face.” 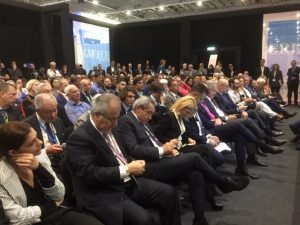 High on the agenda were the extension of the season and the development of forms of tourism such as medical, religious, conference, gastronomy and sport, to make Greece one of the top-quality sustainable destination. This means more attention paid to inland facilities.

Mr Theoharis was asked about the recent demise of the UK-based travel group Thomas Cook which meant urgent repatriation from Greece for 50,000 holidaymakers among thousands stranded in various parts of Europe, hitting hotels that relied heavily on package tours.

The minister said that despite what he called “the Thomas Cook affair” Greece was such a strong destination it would there would be no difference in the long term. 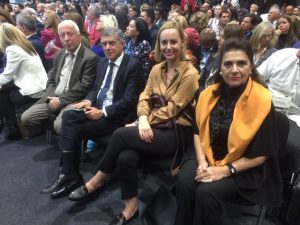 GNTO UK and Ireland office director Emy Anagnostopoulou was quoted in the GTP Headlines newsletter as citing official data showing airline flights recorded an increase of 3.3% percent during the first nine months of 2019 and tourism revenue rose by 16.1% in the first eight months compared to the same periods of last year.

“The corresponding figures for the UK market are at 5.2% and 54.7% percent respectively, which is a huge success considering that this is the Brexit year,” Ms Anagnostopoulou said.

The minister was introduced by Elena Soupiana, press counsellor at the Embassy of Greece in London. 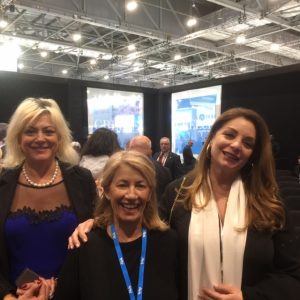 Mr Theoharis is a graduate first-class in software engineering from Imperial College, London, who was for 10 years a private sector consultant before joining the Ministry of Finance where, as head of the Tax Revenue Department, he achieved a fiscal surplus.

He was an MP for the Potami (River) party from January 2015 until April 2016 when he left to become independent, later joining the New Democracy party which won the July 2019 general election.