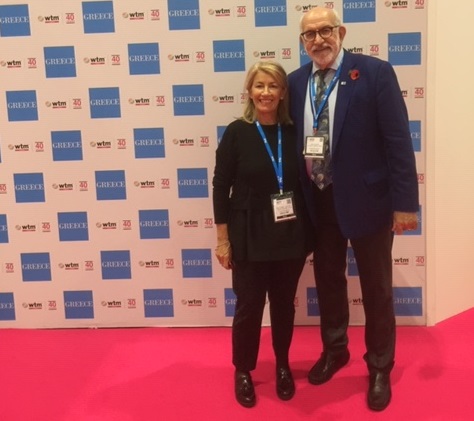 Forty points lost from the Supras’ BSI now at 1,005 and we might see a triple digit figure tomorrow; it was one the worse losses in comparison over the last month…

Just nine points off from the Handies’ BHSI now at 571.

So all in all a bad start of yet another week in all dry sectors; CAUTION!

The Wets too on a downwards mode; the last published BDTI (Dirties) and BCTI (Cleans) stood at 1,011 – down 18 points and we might see the physiological threshold of 1,000 points being lost!!!! The Cleans lost 13 points and now read 674…

The Geopolitical situation got worse over the weekend and things might even get uncontrollable… See and read again our 1st of November weekly recap and our latest events today… The current geopolitical situation coupled with the Trade Wars greatly affect the shipping industry. Add the fact that the Planet Ocean’s debt id over US$ 250 (twohundredandfifty) trillion and see what you get and more importantly: what is to come! 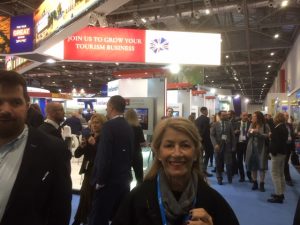 At the Great Britain’s pavilion

On another tone and note the 40th Anniversary of the World Travel Market in London is now a reality. All Halls were packed and seems that the next two days we are going to witness a record number of visitors too as today was strictly business.

As part of its 40th Anniversary, WTM London 2019 is extending its reach throughout the Industry yet further with the launching of London Travel Week – a seven day travel celebrations over the week surrounding WTM from 1 to 7 November.

Tomorrow there will be the return of ITTAs – the International Travel & Tourism Awards, the must attend social event! 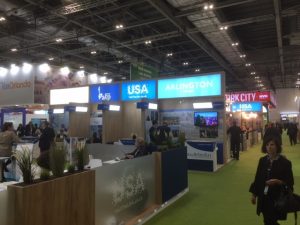 Also alongside the WTM London there will be the Travel Forward dedicated to travel technology – the second year running of this event.

Finally on the 6th of November all visitors and exhibitors will join to celebrate the 40 yeas of WTM London with destination festivals taking place on stands and alongside events on the Inspirational Zones!

We started our stands visit from Greece’s pavilion that this year has a big one covering all regions; Greece is a country to watch as now, except the increased numbers of visitors, advanced level of tourists go and will go in 2020 too making / charting same as one of the top five destinations proportionally all over Planet Ocean!

New products with sustainable flavour too. 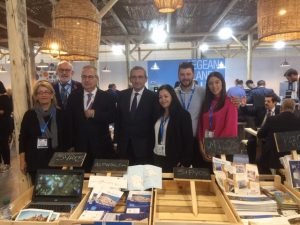 The Aegean was the first area to cover and we were lucky to have two live interviews for the North East and South East regions.

Just for the record, according to Greek Mythology, Astypalea was the daughter of Phoenix and the sister of Europe.

In the Hellenistic Period, Astypalea’s fleet  took part in the campaign of Alexander the Great in a very honorary position; Onesicritus of Astypalea is the captain of the royal flagship of the Greek Emperor!

Astypalea is the butterfly-shaped island and it’s the bridge between the Cyclades and the Dodecanese islands, combining architectural elements from both island complexes.

Then we had the newly elected Governor of the North Aegean Islands Professor Kostas Mountzouris; another unique live interview! 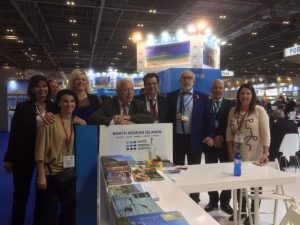 Finally we attended the Greek Minister’s of Tourism press conference at a full house at the International Media Centre. Interesting questions from the media and tourism’s stakeholders but equally simple and to the point replies by the very eloquent minister Harry Theocharis. There was also a slides presentation by Fleurette Karadonti on the unique Basil & Elise Goulandris Foundation.

A reception followed with drinks and Greek delicacies, good to see old and make also new friends. The GNTO of Greece gave to all guests a gift box containing Greek products; a very thoughtful gesture for all intents and purposes . 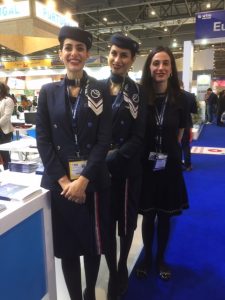 More news tomorrow and on Wednesday; until then have a nice evening and continue to remain on guard from actions emanating from Pirates, terrorists and Business Hooligans whatsoever wherever you are on Planet Ocean! 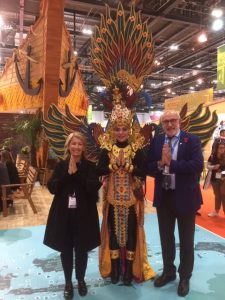 …and the best picture so far… far away in Indonesia