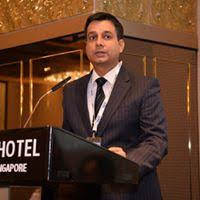 Saunak Rai, a leading specialist in the shipping of natural gas and other cargoes, has been formally appointed an Ambassador for the Executive MBA in Shipping and Logistics (the Blue MBA). Mr Rai, who is based in Singapore, will have special responsibility for bolstering the standing of the Blue MBA in his area.

He joins an ambassadorial team with a presence throughout global regions and relevant specialities. These ambassadors raise awareness of the role of the degree programme in developing the strategic capabilities of management in the maritime and associated industries. They serve as leaders and liaison contacts for past, present and potential future alumni of the programme.

Mr Rai will strive to enhance the links of the world-renowned Copenhagen Business School venture with the extensive maritime activity radiating from Singapore, which is a major hub for innovation and technological development in the industry.

As an example of its prowess, Singapore has held top spot since 2012 in the Leading Maritime Capitals of the World reports from DNV GL and consultancy firm Menon Economics. The 2019 report in the series ranked Singapore ahead in categories for shipping, ports and logistics as well as attractiveness and competitiveness. 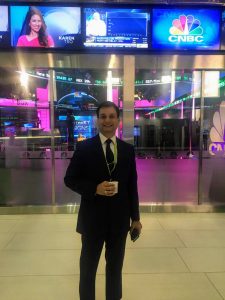 Since January 2019 he has been Head of FueLNG Pte Ltd in Singapore, where he is responsible for delivering the company’s growth strategy, including development of LNG bunkering market and overseeing construction of Singapore’s first LNG bunker vessel.

Previously he was a director of Norgas Carriers Pte Ltd in Singapore since 2012, heading business development and commercial operations. While there he created the first small-scale LNG logistics project in Africa and negotiated profitable time charter contracts.

He developed the LNG Gassing up, Cooling Down and LNG Bunkering project with Dubai Supply Authority, which involved the first loading of a small-scale LNG vessel from floating storage regasification and ship to ship operation, which incidentally was also his final year Master thesis in Blue MBA

From the end of 2004 to April 2012 he had a senior role in Copenhagen managing commercial operations of Maersk LNG fleet and projects – including reduction of fuel consumption – for LNG operations at AP Møller-Maersk. Earlier, he was a navigating officer for Maersk on LNG and containerships.

As a member of the Class of 2013 of the Blue MBA, he was ranked as one of the top five students. Other achievements included qualifying for the Institute of Chartered Shipbrokers.

There is already keen awareness in the Lion City of the Blue MBA programme’s success in furthering the strategic capabilities of management in the maritime and associated industries. 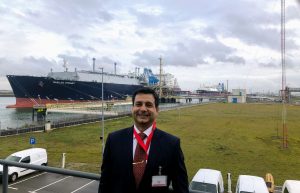 Under the aegis of Copenhagen Business School, the largest institution of its kind in northern Europe and with accreditations from top educational bodies, the Blue MBA is recognised by the elite of the global shipping industry as integral to their sphere of activity. It draws together candidates from many professional backgrounds and nationalities – diversity in its full meaning.

It is referred to by industry leaders and top academics at every graduation ceremony as “probably the best shipping MBA in the world.” All its students already hold senior positions in their companies and organisations. Since 2001, the Blue MBA has graduated 274 students from more than 45 countries, and post-graduation they constitute an enviable network of knowledge-sharing and mutual support.

While all alumni are deemed to be ambassadors for the programme, at any one time up to a dozen of them are given specific regional or sectoral ambassadorial responsibility.

Irene Rosberg, programme director for the Blue MBA, said: “Saunak continues to have a remarkable career serving the shipping industry, including an impressive contribution to LNG innovation. He will strengthen our relationships with businesses in Singapore and the wider region.

“Together with our other ambassadors, he will lend his valued energies to our ongoing pursuit of taking management education to the highest levels.”

The highly regarded MBA is a part-time programme that consists of eight modules mainly in Copenhagen, with one each in London and Hamburg. Participants continue to fulfil their normal duties in addition to the challenging coursework, and they graduate after completing the modules and a final master thesis.