Hill Dickinson’s Christmas fundraising will provide £9,000 in much needed support for vulnerable children 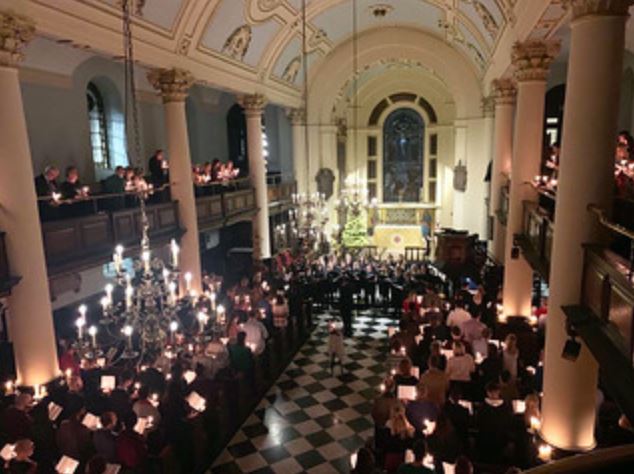 Hill Dickinson’s Christmas fundraising will provide £9,000 in much needed support for vulnerable children

International maritime law firm Hill Dickinson kicked off the 2019 Christmas season with an evening of Carols by Candlelight at the beautiful St Botolph’s Church on Bishopsgate in London. The live music featured the Côr Dinas Welsh Choir and guests were able to either join in the singing or simply appreciate the music.

The evening raised £2,500 for Hill Dickinson’s London office charity, Magic Breakfast, which was nominated and voted for by the firm’s London based colleagues as part of a comprehensive corporate responsibility programme covering all five UK office locations.

But the fundraising didn’t end there. The Hill Dickinson Christmas party the following week also gave an opportunity for colleagues to continue to spread festive cheer as they took part in money raising games and an auction organised by the firm’s London Trainees and Apprentices as part of their Corporate Responsibility Challenge. An incredible £6,468 was raised, £1,200 of which is thanks to the bravery of CEO Peter Jackson who has agreed to undertake a bungee jump.

Magic Breakfast is a charity dedicated to working with schools in disadvantaged areas of the UK, helping them to provide breakfasts to vulnerable children. The charity will remain the London office’s chosen charity for two years.

Hill Dickinson’s Head of Marine and Trade, David Wareing said: “I am delighted that both of these events raised such an amazing amount for Magic Breakfast to support children throughout the country. This clearly highlights the commitment and generosity of colleagues to help organisations such as Magic Breakfast. I would also like to say a big thank you to our long term sponsors for Carols by Candlelight, Iceland Frozen Foods and Apogee, who make the event possible. ”