Athanasios Pavlis wins the Best Made for TV movie award in WIN awards in L.A. 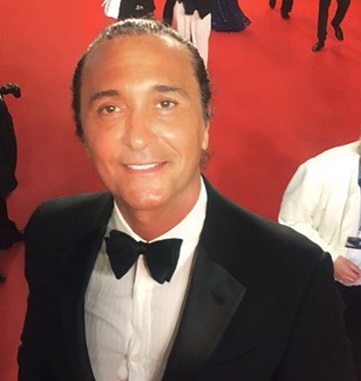 Athanasios Pavlis wins the Best Made for TV movie award in WIN awards in L.A.

Athanasios Pavlis (aka Tommy King) is an award winning filmmaker, writer and producer. His latest movie “Escaping the Madhouse: The Nellie Bly Story” recently won the Best Made for TV movie award in WIN awards in L.A.

The movie is based on the true story of Elizabeth Cochran Seaman,(1864-1922), better known by the pen name Nellie Bly, who was an American journalist, industrialist, inventor, and charity worker. She was widely known for her record-breaking trip around the world in 72 days, in emulation of Jules Verne’s fictional character Phileas Fogg, and can be credited with being a pioneer in her field as she helped launch what we now call investigative journalism. 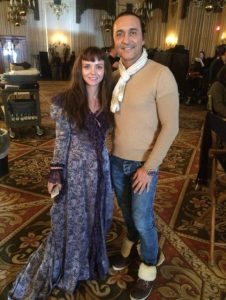 In 1887, Joseph Pulitzer, the editor of the newspaper The New York World, asked her to do an exposé on the deplorable conditions at the Women’s Lunatic Asylum on Blackwell’s Island, New York.
Her story was later was written up in a book entitled Ten Days in a Mad-House, on which the movie is based.

Christina Ricci stars as Nellie Bly, Josh Bowman as Dr. Josiah, and Judith Light as Matron Grady, the head nurse who tortured her patients into submission.

Tommy King is now developing his feature film debut, “Sgt. Fruit Fly”, ( Λοχίας Φρουτόμυγα), a Canadian-Greek coproduction. It is about a young boy who has been bullied his whole life, and now doesn’t believe he can ever live up to the memory of his father who died a war hero.

In the harshness of a reality with bullies, money trouble, and the unsavoury people that surround them, our hero finds out what it means to stand up for himself, learns to trust his own morals, shows the courage to defeat the bad guys and give his family what they deserve most, a chance at a happy life.

The filmmaker’s intention was to create an entertaining film but also give a voice to the victims of bullying and do his part to stop a crisis that’s devastating the youth today. He looks forward to shooting his film in Athens, Greece in the fall of 2020. 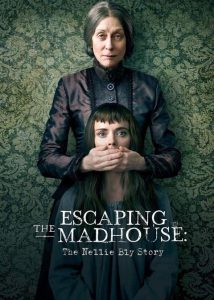 Geodis recognised for its actions to mitigate climate impact