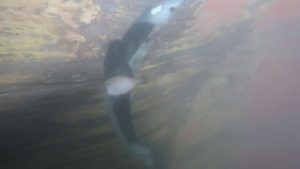 A cruise vessel had suffered a large gap and smaller hull penetrations after a grounding.

While a Hydrex diver/technician teams was performing an underwater bow thruster repair in Phuket, a cruise ship suffered grounding damage while on its way to this location. When the Hydrex technical department heard about the incident, they contacted the owners of the vessel and proposed to have the team inspect the vessel when it arrived in Phuket and perform any needed repair on-site.

Because the damage was too severe a permanent repair was not an option. A drydock visit in Singapore had therefore already been scheduled. The ship could however not sail that far on its own anymore. Hydrex offered an underwater solution that would allow the vessel to sail safely to Singapore for extensive permanent repairs. The proposal was gladly accepted by the owner.

As soon as the team finished the bow thruster repair they shifted their equipment from one quay to the other and started the operation on the cruise ship. 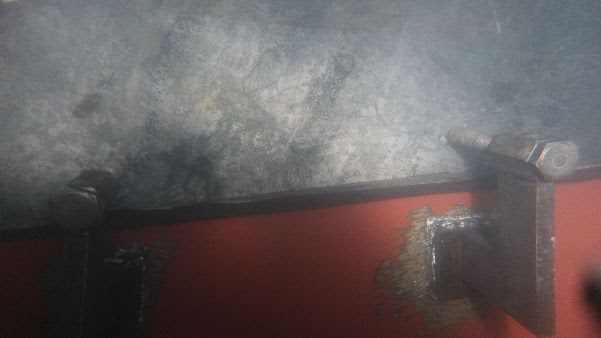 A doubler plate was designed, fabricated and installed by a Hydrex team on-site.

First the divers performed a detailed underwater inspection of the damage. This revealed a large gap in the portside shell plating in the location of the freshwater tank. The bilge keel in this area was also severely deformed. Four smaller hull penetrations were discovered in front of the gap as well as large scraping marks and indents behind it.

After a meeting with the superintendent of the vessel and the attending class surveyor the proposed repair plan was accepted. The repair itself consisted of the installation of a doubler plate over the gap in the hull and patches over the smaller holes.

The doubler plate was designed to follow the contours of the deformed hull perfectly. Together with the patches if was fabricated by the Hydrex team on-site and installed underwater. A stiffener was welded over the plate and part of the hull for extra protection. The repair was then inspected and approved by the class surveyor.

The team returned to the Antwerp Hydrex headquarters after successfully completing the repairs back to back. The cruise ship could sail safely to drydock in Singapore.

Forth Ports places order for next generation Damen ASD Tug 2312