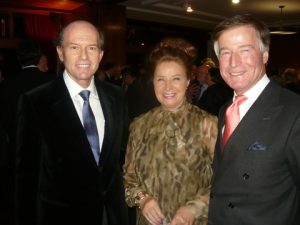 The international Festive season opened with the annual Christmas Reception of the
Tsavliris Salvage, once again at the Royal Thames Yacht  Club in Knightsbridge. The event was attended by nearly 300 guests –bankers, bunker brokers, class society executives, coast guard officers,  environmentalists, government officials, journalists, lawyers, insurance brokers, institutes representatives, media consultants, P and I representative, risk managers, salvage experts, shipmanagers, shipowners, technical consultants and many others from the international shipping fraternity including George A. Tsavliris, one of the Tsavliris brothers,   Andreas A. Tsavliris and his entire family. 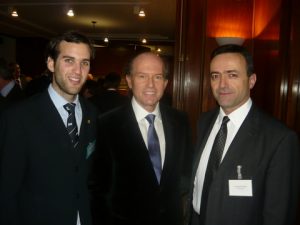 Andreas Tsavliris, one of the three Tsavliris’ brothers, delivered a very impressive, informative and warm speech thanking all the guests present which one way or another contribute to his company success; he referred to the salvage business, stressing the fact that the company successfully undertook the most expensive, difficult and complicated LOF Salvage operation for 2011, the “Navios Sagittarius” a 75, 000 dwt panamax bulker.

He continued by saying that he dedicates his election as president of the International Salvage Union to his father Alexandros Tsavliris, who died too young and too early in life 38 years ago at the age of 59,  and he was honouring him as without him nothing of today’s Tsavliris’ would be around – a very touching moment! 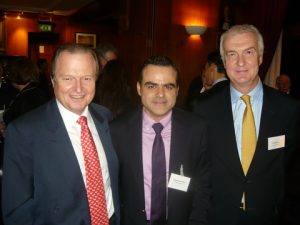 Furthermore he said that the Tsavliris’ Group always honours and respects  the seafarers who for many years have offered their best for the company and international shipping. As a token for their humble  contribution to the shipping adventure,  the Tsavliris Group sponsors the Seafarer of the Year Award, like last week in Athens at the Lloyd’s List Greek Shipping Awards, which went to Captain Stylianos Peristerakis of ANEK and deliverd by his bother Nicholas Tsavliris. It is important to stress his words that “…the seafarers are the soul of the industry and that we must always support and protect them in every way we can, as they are  them that we entrust our precious shipping assets which are growing forever more costly.  Ultimately it is they who face the emergencies that take place at sea and have to deal with them in extenuating and near impossible circumstances in a professional and safe manner.” He then paid tribute to Admiral Thimio Mitropoulos, Secretary-General of the IMO, a very exceptional person, for all he did for shipping at his long service in the Organisation and in particular during the last eight years as Secretary-General. 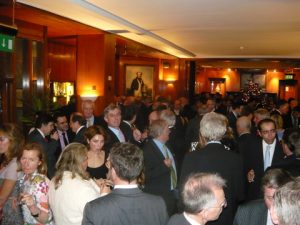 Furthermore, in a very important moment for every parent, he announced the forthcoming wedding of his eldest child Mariela to a wonderful and very special young man, Stavros G. Livanos, wishing them health, happiness, good luck and a long joyful life together.

Concluding, he thanked wholeheartedly the staff from the Tsaviris’ London and Piraeus offices for their hard work, loyalty and dedication, and in particular  lawyer  Maria Adamopoulou for her great contribution, as well as, Jan May who organises these events.

A great event with excellent dips and drinks reknown for its networking success, the Tsavliris Christmas Reception will be the talk of the Square Mile and beyond!

Catch the next wave: Tomorrow’s solutions to today’s ocean challenges

Svitzer in Argentina changes name as part of...