US operation completes global presence following five years of sustained growth and expansion OW Bunker, one of the world’s leading suppliers and traders of marine fuel, today announced its intention to launch new operations in the US.

With an anticipated commencement date of May 2012, the move will provide the company with a complete global offering for its customers. OW Bunker already has a significant presence in Asia, Europe, South America, Africa and the Middle East, and has delivered sustained expansion and growth over the past five years. OW Bunker will launch its first trading operation in Houston, with further plans to expand on the East and then West Coast.

The US office will also act as an internal purchasing centre for the whole OW Bunker Group, ensuring that international customers have access to the best products at the best prices, that are delivered on time, when and where they want them. Hans Staal, recently a manager with OW Bunker Malta, will be the Branch Manager of the new operation. Mr Staal will take responsibility for ensuring that the company’s best practices and quality standards are replicated in the US, and that customers receive the full service, end-to-end bunkering solution that OW Bunker is known for.

Commenting on the announcement Götz Lehsten, Executive Vice President, OW Bunker, commented: “Expanding into the US is a natural move for OW Bunker as we look to further consolidate our global leadership position. We have a presence in every other major market around the world, and we know that launching operations in the US provides real value to our international customers who want to be able to deal with OW Bunker representatives wherever they are in the world.”

“Being in the locality, building quality working relationships with local suppliers, and benefitting from their local market knowledge and experience, enables us to ensure continuous smooth operations and a high level of service. We are also confident that local customers will benefit from our global infrastructure and network, our capabilities in providing bespoke fuel procurement solutions, and our financial strength, which enables us to provide ship owners and operators with flexible prices, which helps them to combat the current financial pressures within the market.”

Customers will also have access to OW Bunker’s technical department, which helps ship owners and operators overcome the potential operational issues in relation to current and impending changes to sulphur regulations when switching from heavy to low sulphur fuels; a timely offering given the impending introduction of the North American ECA in mid 2012. 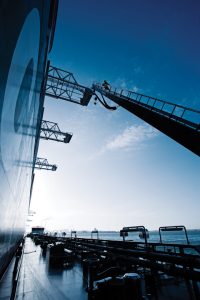 Götz Lehsten concludes: “This is a landmark moment for the business, and highlights the strength of our business model in delivering controlled and sustained expansion on a global basis. The US market presents a significant opportunity to continue on this growth trajectory.”

OW Bunker is one of the world’s largest suppliers of marine fuel oil and related services. The Group’s core activity is the global sale of bunkers both from its own physical inventories, where it operates over 30 large and small tankers in its global fleet, as well as an intermediary trader. OW Bunker also provides advanced risk management tools and services in an increasingly unpredictable oil market and volatile global economy, and also purchases and sells entire oil cargoes. The Group is represented in 24 countries world wide, spanning Europe, Middle East, Asia, Africa and the Americas and commands more than 8% of the global bunker market.