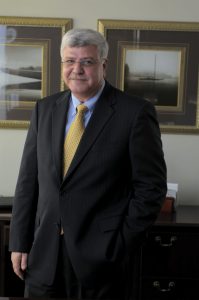 26 April 2012   (New York, NY—) In response to its continued global expansion, leading international classification society ABS has strengthened its executive leadership team with the election of Tony Nassif as Executive Vice President and Chief Operating Officer of the society. The election was made by the ABS Board of Directors at its meeting this week. Nassif moves to ABS from his position as President and CEO of the society’s wholly owned affiliate, ABS Group of Companies Inc.

Current ABS President, CEO and COO Christopher J. Wiernicki relinquishes the chief operating officer responsibilities to Nassif effective immediately. Since 2006, Nassif has led the rapid growth of the non-classification activities handled by the ABS Group’s principal operating entities – ABSG Consulting, ABS Quality Evaluations and EQECAT – by developing a strong leadership team and implementing strategies to create a client-centric organization.   “ABS has grown significantly over the last two decades, ” said Wiernicki when announcing the appointment. “We are continuously setting records in terms of gross tonnage under class and on top of that, our orderbook remains strong. Due to this activity level, ABS’ workforce continues to grow and this is requiring more management engagement across the board.”

“This new management alignment will strengthen our service delivery capabilities while, at the same time, provide the opportunity to continue implementing our strategy to redefine classification services in the future and clearly differentiate ABS within the shipping and offshore industries, ” said Somerville.   “The industry, particularly within the context of the regulatory environment, is changing rapidly, ” said Wiernicki. “We cannot be in the position of reacting to those changes; we must be thinking ahead, taking a leadership position in managing the change. By bringing Tony Nassif on board to direct our operations, ABS will be better positioned to do that.”   Nassif worked closely with Wiernicki during his tenure as President of ABSG Consulting, the position Nassif assumed when Wiernicki returned to the parent company in 2005.

Nassif, who began his career at ABS within the society’s Engineering department in New York, is looking forward to returning to his roots. “It has been a privilege to be part of the restructuring, resurgence and success of ABS Group, and I have no doubt that this new opportunity will be just as rewarding, ” he said. “The core focus of our activities within ABS Group has been to provide safety, risk and integrity management services to clients in a variety of industries including energy, offshore, government and marine. Since class is increasingly moving to a risk-based approach to establishing and applying standards, the synergies are obvious.”

ABS Founded in 1862, ABS is a leading international classification society devoted to promoting the security of life, property and the marine environment through the development and verification of standards for the design, construction and operational maintenance of marine-related facilities.