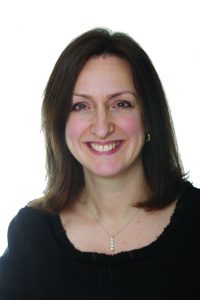 2011 saw an unprecedented sequence of natural catastrophes, including the Christchurch earthquake, the Japanese earthquake and tsunami and the floods in Thailand. In addition to the devastating loss of life and the impact on local communities, these events have also had a significant impact on the global insurance industry. This article will look at the financial impact of these events and consider what lasting effects they may have on the industry in the longer term.

Total economic losses from these events are currently estimated at more than US$370 billion, with insured losses of approximately US$110 billion. The financial impact on the global industry has been significant, as reflected by the £516 million loss recently reported by Lloyds of London for 2011, which was largely attributed to record catastrophe claims of £4.6 billion. Despite this, the share prices of a number of Lloyds businesses and European insurers have continued to do well in 2012, perhaps in the hope that catastrophe losses this year will be significantly lower and in the expectation that property and casualty rates will rise as insurers and reinsurers look to replenish lost capital from previous years.

That hope and expectation appears to have been borne out so far this year, with catastrophe losses to the end of May 2012 estimated to be in the region of US$6 billion, compared to US$75 billion for the same period in 2011. It has also been reported by some insurers that rates are up by 2-3% so far this year with reinsurance premiums up as much as 5-10% and further increases expected. This compares with rates in the United States where catastrophe exposed rates have generally increased by around 10%, with higher rate increases in Japan and New Zealand of 30% and Australia of between 10-20%.

In addition to the financial impact, there may also be a number of lasting effects on the market generally, especially in those regions or countries which are now perceived to be potentially more exposed to natural disasters, which some have labelled “nat cat zones”. For example, some insurers may be unwilling to write business in those regions or countries, resulting in a lack of capacity and potentially higher rates for businesses looking for cover. Others may seek to limit their potential exposure to natural catastrophe risks by pulling out of certain lines of business altogether or reducing limits.

One line of business that may be particularly susceptible to a change in underwriting approach is contingent business interruption (CBI) insurance. Whilst CBI cover has formed part of Industrial Special Risk and All Risk Insurance policies for some time now, the recent events, especially in Japan and Thailand, have brought the importance of this cover sharply into focus and highlighted the vulnerability of production processes to interruptions to the global supply chain and the potential losses that can result. 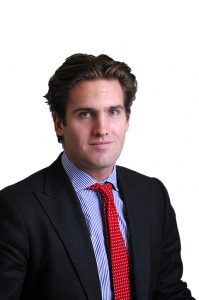 The purpose of CBI cover is to mitigate financial risks associated with events that affect the customers or suppliers of an insured business. It is typically an extension of business interruption insurance, but instead of providing cover for a loss of revenue arising from damage to the property of the insured, CBI cover extends that coverage to the insured’s business interruption, which necessarily arises from damage to the premises of a customer or supplier of the insured. How far that coverage extends up the supply chain or down the customer chain will depend on the specific wording of the clauses.

In light of the events in Japan and Thailand in particular, insurers and reinsurers may in future seek to clarify or limit their CBI exposure by defining the category of customer or supplier that the insurance is intended to cover. This might be done, for example, by limiting the cover to “named” customers or suppliers only. In circumstances where it is not practically possible to name each and every existing or future supplier or customer, insurers may instead seek to limit cover to those customers and suppliers “with a contractual relationship with the insured”, “direct” customers or suppliers, or to specific and defined “tiers” of customers or suppliers. Insurers seeking to limit their exposure in this way will need to consider the specific wording of the extension clauses and avoid terms which could potentially broaden coverage such as “indirect”, or by referring to a “customer” or “supplier” without any further definition.

It is likely that in future there will be a greater emphasis on the technical underwriting of CBI risks, with insurers and reinsurers demanding a greater level of transparency regarding the potential supply chain risks to the insured’s business. Typically, this might include a full and complete business impact analysis to identify the risks posed to the insured’s customers and suppliers, quantification of the potential financial effect of an interruption to those customers or suppliers, consideration of other potentially applicable extensions, such as denial of access and the precise terms of those clauses, details of the geographical locations of the insured’s group businesses and consideration of any interdependency issues, as well as a detailed assessment of the insured’s business continuity plan in the event of an interruption to one of its suppliers or customers.

In addition to the practical steps referred to above, there may also be other efforts by insurers and reinsurers to tighten the language in their policies and/or to expressly limit the scope of coverage. This might include anti-stacking language to prevent the insured from stacking potentially applicable sub-limits and to prevent the potential argument that the applicable CBI sublimit should be stacked on top of the overall business interruption limit. Other amendments to a policy wording might include a reduction in the policy sub-limits, limiting the range of perils to which the policy responds and as referred to above, the imposition of express language limiting the CBI exposure to a known category of customer or supplier.

The huge losses resulting from the natural catastrophes in 2011 serve as a reminder to both insureds and insurers of the importance of fully evaluating their potential exposure to natural catastrophes and ensuring their policy language is sufficiently clear and concise so insureds know the cover meets their business needs and insurers can determine precisely the potential scope of the cover they are providing.

This article first appeared in Insurance Day on 28 June 2012.