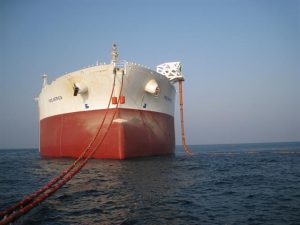 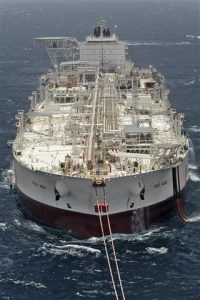 Antwerp, Belgium,   2 October 2012 – The Executive Committee of Euronav NV (NYSE EURONEXT BRUSSELS: EURN)  is pleased to announce that TI Africa Limited, the owner of FSO Africa, has signed a new agreement with Maersk Oil Qatar AS (MOQ) for the provision of FSO services on the Al Shaheen field offshore Qatar. The contract has a fixed duration of five years beginning 1 October 2012 with an option granted to MOQ to extend the contract period for either one or two years. The new agreement extends to MOQ use of the full capacity and functionality against an increase of the daily hire earned in each contract year equal to the daily hire rate schedule of the existing service contract for FSO Asia, its sister vessel.

FSO Asia has been operating on the Al Shaheen field for two and a half years and FSO Africa for over two years. The vessels continue to operate at a high level of performance in terms of quality of oil produced and without incurrence of off-hire since their respective in-service dates. The company looks forward to continuing to work with MOQ.

FSO Africa and FSO Asia are the two largest and most sophisticated double-hulled FSOs in the world. They are owned by joint venture companies in which Overseas Shipholding Group, Inc. and Euronav each have a 50% interest.

Standards, practices and the evolution of maritime security