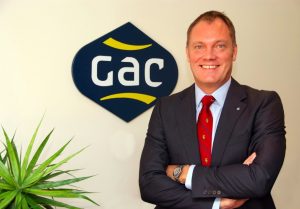 The CLO Awards programme, now in its ninth year, recognises the efforts of industry leaders who have demonstrated excellence in the design and delivery of employee training and development.

GAC was selected to receive its accolade from among more than 200 top learning and solution providers nominated by their peers in 15 categories. Its Silver Award acknowledges the work of the Group’s GCA Liaison Officer (GLO) network, which ‘enables the enablers’ to greatly improve GAC’s effectiveness as a learning organisation.

Norm Kamikow, President and Editor-in-Chief of Chief Learning Officer magazine, says that like all the finalists GAC champions innovation and transforms it into value for the Group and its staff around the world.

The GAC Corporate Academy was developed in 2007 to meet the challenge of providing sustainable learning solutions that transcend physical boundaries and cost constraints in a vast multinational organisation.

Its training programmes are coordinated by a network of GCA Liaison Officers (GLOs) who match courses to the training needs of more than 9, 000 GAC employees worldwide. Every GAC operating company has its own GLO and these ‘enablers’ serve as a personal contact for participants, offering them support before, during and after the courses. 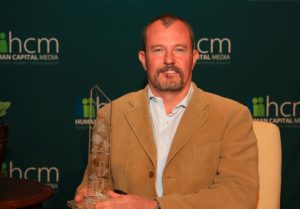 TESTIMONY OF A STRONG NETWORK

Patrik Hallden, GAC’s Group Vice President – Human Resources, says: “We developed the ‘Enabling the Learning Enablers’ to build a cohesive global community of GLOs – and it has exceeded all our expectations. We now have a strong network of certified GLOs acting as conduits of learning throughout our organisation.
“This is testified both by a growing number of course participants with better support and recognition from beyond the GAC organisation in the form of our Silver Chief Learning Officer Award.”

The CLO Award is not the only accolade the GAC Corporate Academy has received. It was also singled out as Highly Commended in the Training category of the Lloyd’s List 2012 Global Awards, and won the International Bulk Journal’s People Development Award in late 2011.