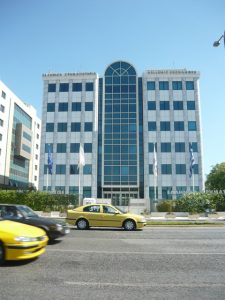 The Athens Exhange (ATHEX) informs that it has been appointed by the Greek Government , on Friday 12th of October 2012, to act as an Auctioneer on behalf of Greece in The European Union Emissions Trading System (EU-ETS), responding to the requirements of the Commission Regulation (EU) No 1031/2010.   The new agreement frames the successful cooperation between the Athens Exchange and the Greek Government that started on June of 2011 in the context of which 13, 5 millions of EUAs of the period 2008-2012 have auctioned up to date at ATHEX’s trading platform.